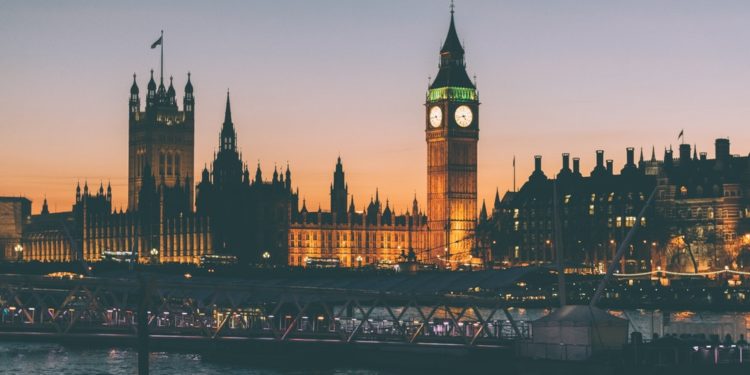 The United Kingdom’s division for global commerce not long ago published its agenda for deliberations of a Free Trade Agreement (FTA) with the United States. Somewhere inside the huge document, blockchain-based SMEs (Small and Medium Enterprises) have been mentioned as a sector that will massively cash in from an FTA.

The proposal clearly defines the UK’s stand coming into a post-Brexit FTA deliberation with the Americans. The document depicts the government’s chief intent for the accord and shields various institutions and protection as sacrosanct. These include Britain’s National Health Service and drug prices, consumers’ and workers’ rights and freedom, food standards, animal welfare, and environmental protection.

Nevertheless, the area of focus inside the document is the proposal of blockchain-based SMEs (Small and Medium-sized Enterprises).

Blockchain-based SMEs to benefit in the digital economy

About two-thirds of service trades between the United Kingdom and the United States are delivered manually. The proffered chapter dedicated to SMEs will comprise of:

“A digital trade chapter with cutting edge provisions that will aim to maximise opportunities for digital trade across all sectors of the economy.”

Additionally, the document claims that an FTA with such stipulations would massively boost U.K. business entities in the digital economy. In particular, the document points to the blockchain industry as the biggest gainer. It reads:

“In areas such as data flows, blockchain, driverless cars and quantum technology we have the opportunity to help shape global rules through ambitious digital trade provisions.”

Regardless, it is yet to be seen if the FTA will be agreed upon as deliberations are yet to happen. Setting up one’s stance before the actual deliberations do not warrant how the final outcome of the agreement will be. The United States’ stance on most of the components might be entirely different.

The United Kingdom clearly shows that it really values its blockchain sector and is ready to do anything to see it thrive. Blockchain-based SMEs would be a huge boost to any economy in the world. Blockchain technology reduces cases of fraud, the cost and time taken to carry out transactions.

Featured image by Pixabay from Pexels