Bithumb $13 million EOS hack could be an inside Job 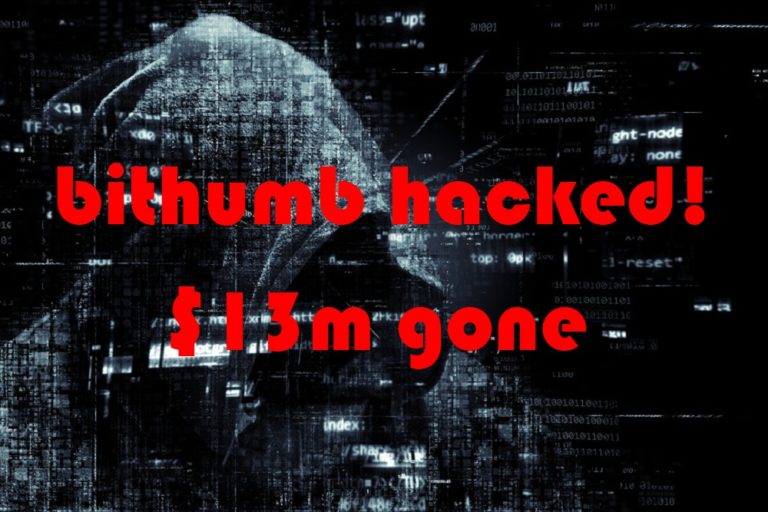 Saturday, 30th March has been a hectic day for Bithumb, a South Korean cryptocurrency Exchange, after $13 million worth of EOS tokens were stolen on Friday night following a major hack of the platform. The amount is quite large, and there have been a lot of questions of how such an amount would be stolen targeting only one crypto coin and leaving all the others intact.

However, the exchange’s monitoring system was able to identify the hack before much harm could be done. The company confirmed that is identified the hack after noticing a largely abnormal withdrawal of EOS at around 13:00 UTC on Friday.

Immediately after the incident, all deposits to the account and withdrawals were halted till further notice.

[Notice🔔]
We deeply apologize to our members for delaying the cryptocurrency deposit and withdrawal service, we would like to inform you of the circumstances of the grounds and confirm that your assets are safe.
For more details >> https://t.co/dOvT78P0sK

It could be an inside job!

The company is investigating claims that the hack could have been executed with the help of a person from inside the company, especially due to added security after last year’s hack. But the culprit(s) is yet to be identified.

In a statement released by Bithumb, it has confirmed that all the stolen EOS was from the company’s hot wallet and no member wallet was affected. Though this has calmed fears of its users, most are still worried about the safety of their investments since this comes after the same exchange lost $30 million worth of cryptocurrencies in last year’s hack.

Why is EOS being targeted that much by hackers? Could there be a possible price hike?

In the past few months, different other crypto exchanges have been targeted by hackers who are specifically going after EOS crypto coins. There were reports that CoinDesk had a similar hack where 3.07 EOS coins were stolen from its hot wallet. The only difference is that in CoinDesk, the crypto coins were transferred through several transactions compared to Bithumbs case where it was in one huge transaction.

There is anticipation that something is fixing to happen to EOS since people have just gotten a sudden interest in it.

As per CoinMarketCap data, the Value of EOS currently stands at $4.14

Measures taken by Bithumb exchange include moving all the remaining crypto assets in their hot wallets to cold wallets and working with other exchanges to try and trace the crypto coins that were stolen.

Bithumb has also informed local authorities and investigations are underway.