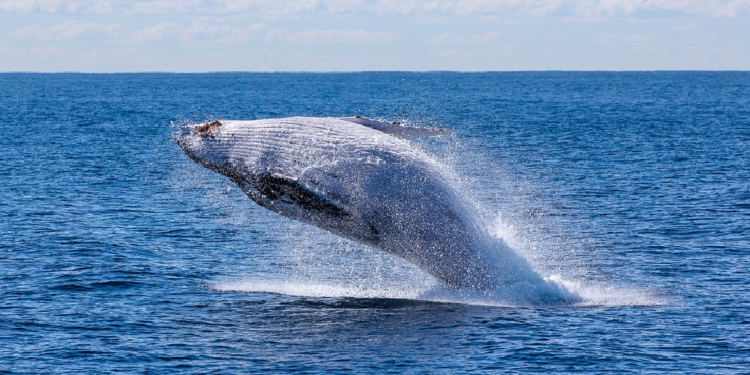 With Bitcoin‘s price rising steadily above the 8,000 dollars mark, a Bitcoin whale has moved $1 billion in Bitcoin with a fee of only 84 dollars.

Bitcoin whale on the move

The price of Bitcoin has seen a rise of over seven percent under 24 hours going from nearly 8,100 dollars to over 8,850 dollars in a matter of hours. The momentum has slowed down since, and the price is trading at 8,790 dollars at the time of writing. This level still shows an increase of 7.5 percent in a day.

The whale moved around 125,000 BTC, a sum that represents 0.7 percent of all Bitcoin mined till now. Reportedly, the funds were moved from the cold storage of Bitfinex to an unknown recipient. With the assistance of blockchain technology, the transfer was not only rapid but also very cheap as well. The transfer of over a billion dollars cost a transfer fee of below 100 dollars. This highlights the ability of the Bitcoin network to handle large transactions with little cost.

Bitcoin’s price increase was soon resonated by other coins in the markets, especially the hard fork of Bitcoin, Bitcoin Satoshi Vision (BSV). The asset’s price soared by over 130 percent, creating a new all-time high of 414 dollars. Other assets saw a similar increase in their prices, including EOS, which rose by 20 percent. The asset climber above 4.0 dollars for the first time since September last year. Meanwhile, Litecoin was up by 15 percent, trading close to 60 dollars.

Regardless, it remains unknown whether the spike in price was caused by the Bitcoin whale.