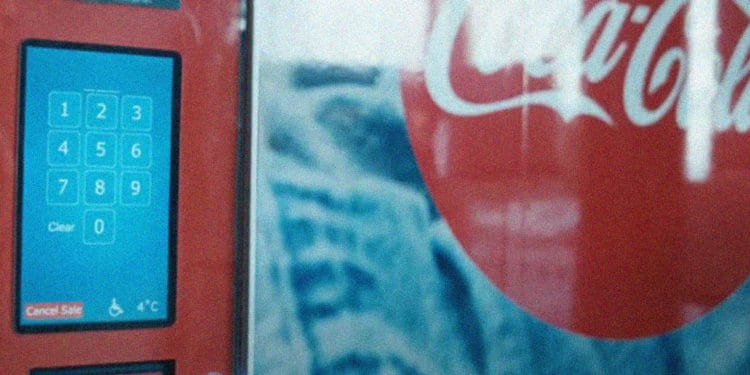 From Bitcoin ATMs to the Bitcoin vending machines the world is changing fast. This time, Coca Cola, the digital asset integrator and the largest bottlers of non-alcoholic ready-to-drink beverages in the Asia-Pacific region with 140 brands and 270 million consumers have signed a new agreement.

Reportedly, Centrapay and Coca-Cola Amatil in Australia and New Zealand have recently signed an agreement that would allow the antipodeans to use their Sylo Smart Wallet, in order to pay for the items in over 2000 vending machines.

Users can scan the QR code payment sticker at the front of the Bitcoin vending machines located in Australia and New Zealand and would accept cryptocurrency payments with a scan of the phone camera when the Sylo Wallet app is installed.

The world-class technology of Centrapay tends to make it convenient for the consumers, the merchants and the machines to leverage the digital assets in the physical world through Bitcoin vending machines. The platform of Centrapay is designed to support brands in connecting directly with individuals and increasing the revenue and operational efficiency for the merchants.

The transactions made with the digital assets would also be reducing the number of people touching the vending machine, which happens to be a significant concern during the prevailing pandemic.

Jerome Faury, the CEO of Centrapay stated that the complexity of integration and the poor user experience is the major barrier to adoption of the Web 3 technology like digital identity and digital assets. He furthermore stated that they have solved both issues. Centrapay is now pioneering the way that would enable the new internet of value and would bring the resultant benefits to the consumers and the merchants.

Jerome furthermore stated that as they have shown how it can work in New Zealand and Australia and now they are planning to grow their business globally. They have already established their presence in North America and next they would be targeting the U.S. market.