Bitcoin price likely to take another plunge despite bear; experts 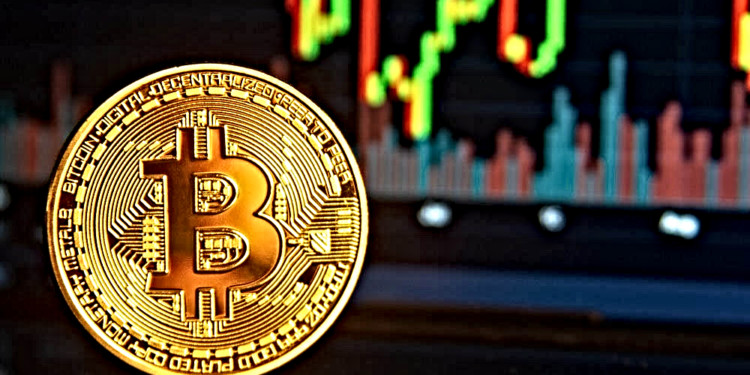 Bitcoin is losing its momentum and is currently not showing any signs of surging. From April to May, the Bitcoin displayed a remarkable performance, but the experts believe that the King of cryptocurrencies can take another plunge in the coming week.

Until last week, Bitcoin was trading above nine thousand dollars ($9,100) but, after that, the price has fallen down to seven thousand four hundred and fifty dollars ($7,450) that indicates about twenty percent (20%) depreciation.

CryptoBirb, an analyst, has elaborated that the price chart of Bitcoin shows that the price will decline more as it has surpassed the medium-term parabola.

the only short invalidation is HH above 9.2k or bullish weekly momentum cross; anything below is bearish for $btc MTF (5.2-5.6k)
scaled out earlier, booked decent profits from scalping sessions in Nest
too many redflags to keep good money on table
will scale in if signaled pic.twitter.com/vWPE0po24A

Another analyst Teddy revealed that the daily price charts show that the coin is striving to cross the resistance level of eight thousand dollars ($8,000) and also to reach 21 moving average in order to gain stability.

As we speak it appears like it is getting rejected, as it is struggling to get past those two levels pic.twitter.com/1V0HoQedfC

The crucial point right now is $8,000 that would be able to determine the fate of Bitcoin. An observer and analyst Josh Rager tweeted that if the Bitcoin would not be able to cross this point and closes below this level, there will be more depreciation in the price of Bitcoin in the near future.

Still trending down in the channel, a break above $8200 would be nice for weekly close Sunday night

If Bitcoin closes under $8000 I see downward continuation this coming week, IMO pic.twitter.com/kacz17KhKH

Last thing then I am off to bed, last time BTC retraced it lasted 20 days, but now we are moving faster, I don't expect this "buy the dip time" to be longer than MAX 2 weeks, since we are moving 50% faster compared to previous bear market. Don't think too much before pressing BUY pic.twitter.com/0Eswzw7BLj

Birb highlighted that the bears would prevail as long as Bitcoin is trading below eight thousand two hundred dollars ($8,200). Turr Demester speculated that the price of Bitcoin would be affected by the US-China trade war