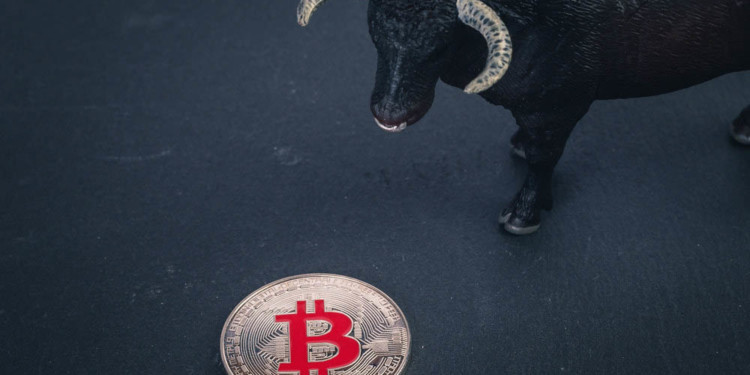 According to Top Goon X, a trend indicator created by crypto critic NebraskanGooner, the price of BTC is bound to increase by 50 folds. The current trend shown by the price action was seen twice before each time followed by the huge increase.

However, each time the time period of these trends increased by 300% and it may take six years before the token completes its cycle and reaches to forty-two thousand dollars ($420,000).

If the pattern continues:

The price action of Bitcoin is positive and the token has risen above the lows of twenty-five hundred to three thousand dollars ($2500 – $3000) where it stayed for quite a long time.

Furthermore, predictions suggest further rise over the next few years according to various trend indicators. Currently, the price resides at eight thousand and five hundred dollars ($8,500) at the time of writing.

It is possible for the token price to reach around four-hundred thousand dollars ($400,000) by absorbing the entire worth of the gold market.

If #Bitcoin were to displace the value of gold the current value of a single Bitcoin would be $350K. Bitcoin has the ability to displace value across many financial and technology markets. $BTC is greater than #Gold #BTC350K

The gold market is supported entirely by the paper as gold derivatives are used across the markets these include various national currencies and as long as these markets exist Bitcoin can overtake the stage.

Moreover, Gold markets are unstable as all reserves are in estimates and the final value can change at any time as soon as new reserves are found. On the other hand, Bitcoin is capped at 21 million units and is verifiable through the internet.

As Bitcoin is often compared to the internet bubble it may reach a hundred thousand in the next two years. That is if the Bitcoin wave follows the same route as the internet.