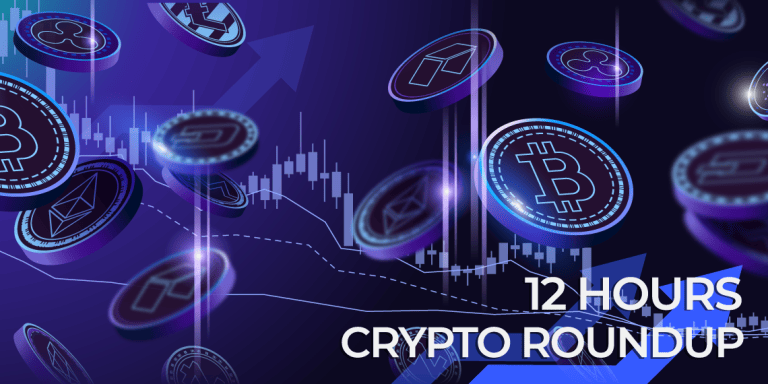 The cryptocurrency market has gained relevance and recognition from all around the world. People are now getting familiar with the idea, which has helped in the wide adoption of the concept. Today we have crypto holders, investors, and traders from different regions. People are associated with crypto through various services like staking, mining, and trading.

The usability of cryptocurrency is one of its most significant attributes. Being decentralized, it provides the desired anonymity to the users and investors. Moreover, crypto is used as an investment class, but it is also becoming a preferred way of transactions and payments. Therefore, the crypto industry has gathered the economic fraternity on a unified international platform.

Bitcoin consolidates in the $42K range

Since its invention, Bitcoin has maintained a solid and dominant position. Being the flag bearer of the cryptocurrency sector, Bitcoin has attracted investors with its high-profit potential. However, the price fluctuations of Bitcoin have never ceased to amaze the crypto community. Over the years, the prices of Bitcoin have replicated the volatile nature of the market.

The last few weeks concerned Bitcoin’s performance as it shed a major portion of its value. However, the coin jumped from the low of under $40K. Bitcoin is stuck close to the $43,000 mark while staging a recovery pattern. At the time of writing, Bitcoin is priced at around $42,950.

Bitcoin has gained about 2.70% in terms of its weekly price change. The market capitalization of Bitcoin is over $812.55 billion, whereas its trading volume is around $18.10 billion. The leading crypto token has struggled to maintain a strong momentum. Therefore, if it plunges further below $43K, a major dip might come its way.

Ethereum stays put around the $3,300 mark

Ethereum comes only second to Bitcoin when we talk about cryptocurrencies. The Ethereum blockchain is home to tens of other protocols in the industry. Thus, ETH is believed to set a tone and lead the way for other blockchain networks. The ETH token peaked close to the $5K mark last year, but it has plunged to the $3K mark for a while now.

Over the last week, ETH has managed to gain over 5.40%. It has propelled the price of the token to over $3.3K. However, the coin has not moved from that spot in the last 24 hours. The market cap of the coin is below $396 billion, while its trading volume is under $10 billion. These figures indicate the uncertainty and lack of momentum of the ETH token.

Ethereum’s competitor, ADA, has performed exceptionally well by gaining over 26% in the last week. The coin is now valued at around the $1.47 mark. This is a major development for the coin that has otherwise been struggling in the market for a while now.

Over the last 24 hours, there were a few standout performances in the crypto industry. While the overall market was not that disruptive, some coins posted long green candles to record gains. ATOM gained a further 10.40% to take its weekly profit percentage to over 21%. The token is now valued at $43.50.

While ATOM continues to perform exceptionally well, more investors and traders are interested in the token. It has led to an increase in ATOM’s market cap and trading volume. The former stands around $9.80 billion, whereas the latter sits at a staggering $1.63 billion.

On the other hand, UNI has managed to gain over 8.50% as it now stands at around $17.70. The increasing market cap of UNI is indicating its recent price leap. FTM has also recoded over 8%. The high-performing digital asset has now gained almost 36% within one week. It is rising in the list of top cryptocurrencies, and the statistics of the coin reflect this price surge.

Furthermore, Decentraland’s MANA has gained over 6% to reach $3.12. Even though the other metaverse and play-to-earn game tokens have also accumulated gains, the performance of MANA and AXS   their competitors. Lastly, BTT has also gained over 5% to trigger a somewhat bull run in the coin. It has gained over 9% to cross $0.0027 while its market cap stands at over  $2.66 billion.

The Kusama (KSM) coin is among those few coins that possess tremendous potential to make it big in the market in the coming years. Even though the coin sits out of the list of top 50 crypto tokens, it has a solid project to lead its way. However, after recording considerable gains last week, KSM is retreating in the crypto market.

The coin has lost over 7% and is currently valued at around the $270 mark. The chart below shows how KSM is sliding in terms of valuation. The coin is still 10% above its last week’s price. The market cap of KSM is over $2.30 billion, while its trading volume is only around $76 million.

Apart from KSM, CRV has posted a few red candles in the latest market trading hours. The coin has slid below $5 after losing over 4% within a day. The CRV token performed well in the last week, which has ensured that it stays green in the weekly price percentage change. The market cap and the trading volume of the token are also suffering because of this recent dip in CRV’s price.

DOT and DOGE have also lost some of their values after making significant leaps earlier this week. DOT has dropped below the $27 mark after losing 2.70% in valuation. DOGE has also suffered lately, as it experienced another 4% decrease in its value. DOGE is now valued below $0.175 in the cryptocurrency market. Apart from DOGE, SHIB has also dropped to $0.0000300, indicating a less than 1% decrease in late trading hours.

The cryptocurrency market looks to be recovering as most of the coins are currently showing a positive intent in terms of valuation. It might trigger a breakout within the struggling cryptocurrency market in the coming days. However, the likes of Bitcoin and Ethereum are still underperforming. The rise of other altcoins indicates that traders have a high chance of making profits through these names in the market. This might lead to a further pullback from the investors who are growing reluctant of the big names on the market. 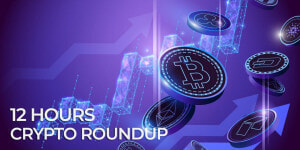