Bitcoin April Round Up: BTC price more than 30pc up in 30 days 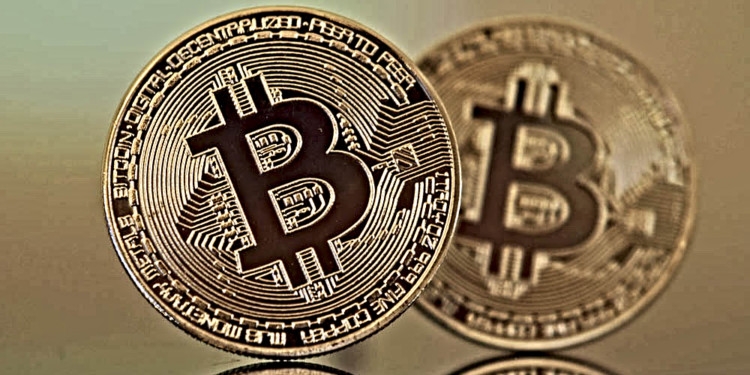 Bitcoin has jotted down its first 3-month winning streak after 2017. The top crypto started April at four thousand one hundred and twenty-seven ($4,127) and concluded at five thousand six hundred and twenty-one dollars ($5621). The currency had a thirty percent (30%) growth rate according to data.

Consistent with CoinMarketCap Bitcoin held above 5 thousand dollars mark after a colossal impel near midnight on 2nd April, which is principally recognized as a single trader making a deliberate purchase intended to improve the cost radically. 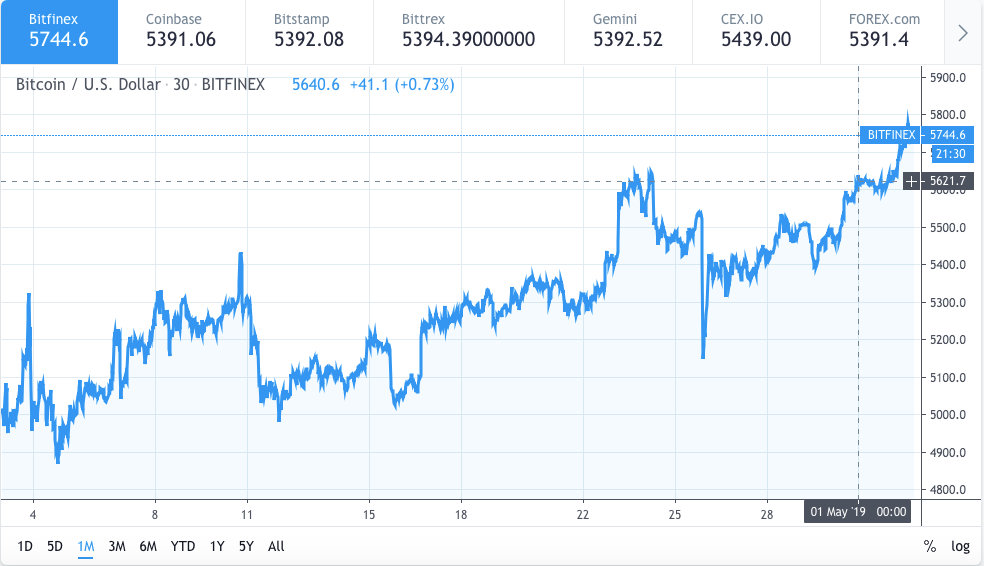 The traders in Crypto market are thoroughly observing the 5,200 dollars mark. Several project coin holders feel the market as holding a bullish momentum as BTC hangs on its achievements regardless of the latest Bitfinex and Tether dispute.

Another Crypto dealer DonAlt tweeted to address his 92,000 followers. He tweeted that the present situation seems as the earlier battle has turned to support.

This is the first time in ages that BTC has broken resistance & closed above it.

We've finally got support below us that might actually hold, turning my big timeframe bias bullish.
I'll stick with swing longs until that support fails.
Buys in green would be juicy. pic.twitter.com/zczGMjmIhY

It is to be noted that Bitcoin has broken the opposition and closed higher than that, for the first time. Therefore, it is high time to buy BTC as the market is green and juicy.

At the moment, the cryptocurrency market provides mixed signals, as Bitcoin (BTC) is over two percent (2.16%) up at five thousand seven hundred and forty-four dollars ($5744). The trend is bullish at the moment, and currency is going into a rally against the major predictions in the market.