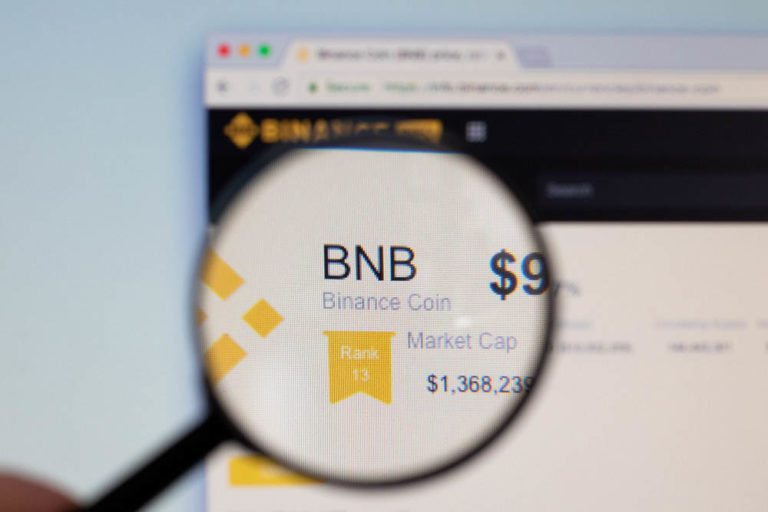 The market cap for BNB is four billion ($4.72B) dollars and it has done this by gaining an increase in its price in the last three (3) days. A gain of twenty-six (26%) percent that got the crypto coin running in the market for more than thirty ($30.50) dollars, currently.

The support for BNB had been at twenty-eight ($28.90) and then it dropped to twenty-five dollars ($25.18) which were considered to be a major support level as it had played out as a major resistance level during the months of April and May in 2019. The recent price bounce also allowed BNB to break above the 100 days Exponential Moving Average (EMA).

The forty dollars ($40) mark, if reached, will create an all-time high (ATH) mark. 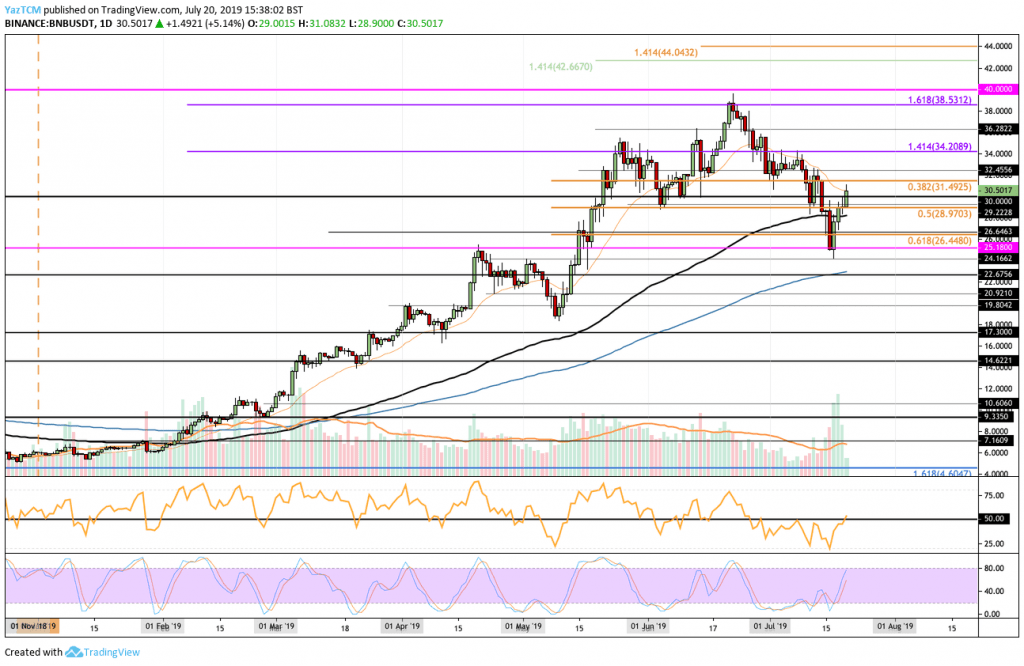 But since the incline can turn out to decline as well, the probable support levels are thirty dollars ($30) and twenty-eight dollars ($28.30). Further deterioration in the economic stability of the coin will allow BNB to receive support at twenty-eight ($28.89), twenty-six ($26.44) and twenty-five dollars ($25.18) mark.

The relative strength index (RSI) indicates a bullish pattern of the market as it now attempts to break above the mark labeled 50. 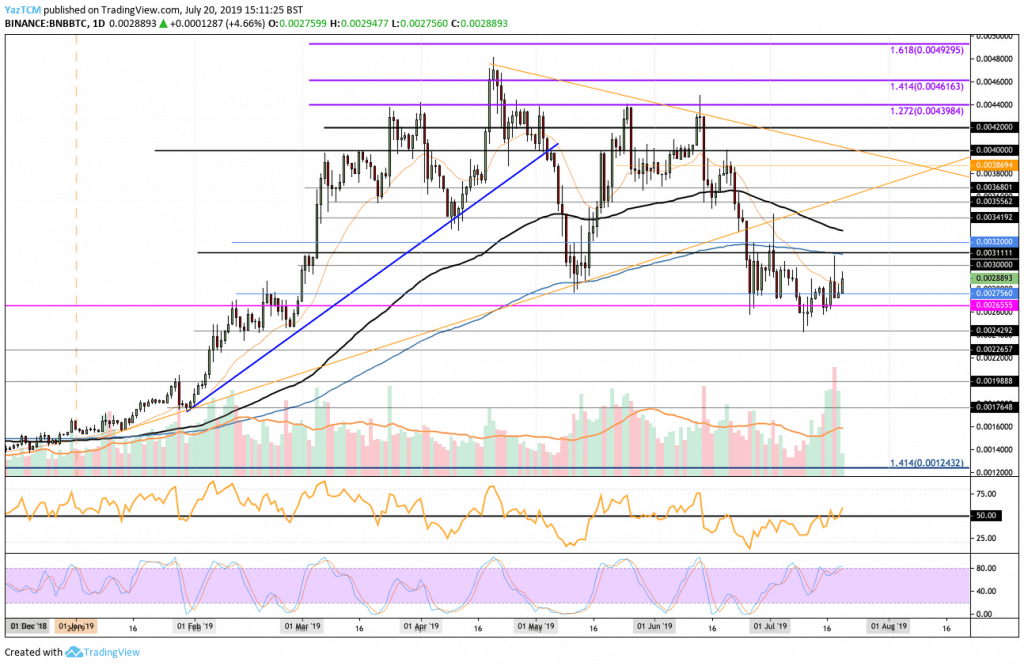 The RSI at the 50 mark quite remarkably signs of the bulls stampeding to the highs.