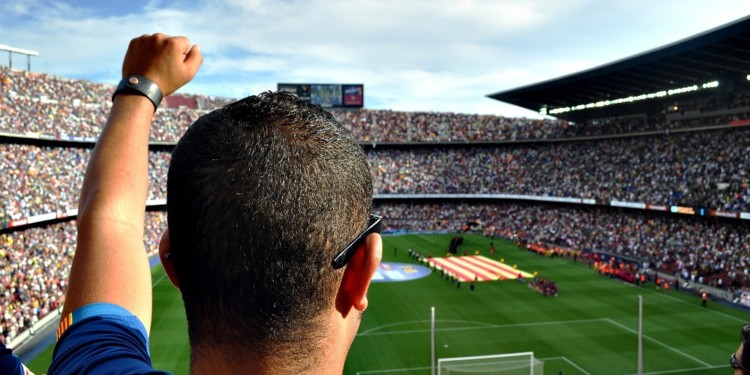 Spain professional football club, Barcelona is set to launch BAR fan token following its partnership alongside fintech company Chilliz. This was announced on twitter likewise in a statement, as fans can now get to access the token available on Socios, Chilliz social mobile app.

FC Barcelona is proud to announce a global partnership with blockchain platform @chiliz & @socios. Using the digital currency $CHZ, you’ll soon be able to buy Barça Fan Tokens, which give you the right to vote in club polls & earn rewards https://t.co/2NOhfsHV8i pic.twitter.com/a5GhCCo717

We’re incredibly proud to announce that Spanish and European giants @FCBarcelona is the latest team to join the Socios platform.

The deal sees us become the Official Fan Token partner of the 5-time Champions League winners.#WelcomeBarça 🔵🔴

With this partnership, Barcelona would join other professional football clubs like PSG, Juventus, Atletico Madrid, Westham united, etc who have partnered alongside Chilliz to make their fan token.

Socios CEO Alexander Dreyfus mentioned in the statement that Chilliz is excited to launch the Barca token on their Etherum-based blockchain. He said further that it is their main objective and a confirmation of their commitment to engage their supporters and make money from them.

Barcelona rated the fourth most valuable sports club in the world by Forbes needed to improve on how they engage with their fans and clients through technology. With this partnership, Barcelona fans can spend their token on products and sporting events related to Barcelona.

The fan token reportedly would be priced against Chilliz own native token CHZ on their platform the CEO said. He said that the sports team will disburse their fan token with supply only limited for five years. Dreyfus said Barcelona has accepted 40 million tokens for a start.

The BAR fan token reportedly is not much different from PSG and Juventus token that was anchored on Chilliz Etherum-based Blockchain as ERC-20 tokens and Chilliz playing the role of validators. However, the token cannot be transferred by users, unlike other cryptos.

Socios CEO said that currently, BAR fan token, for now, can only be gotten on Socios.com  and Chilliz.net which is the company’s platform for crypto exchange for sports and entertainment. He promised soon however that the platform would be grown through partnership.