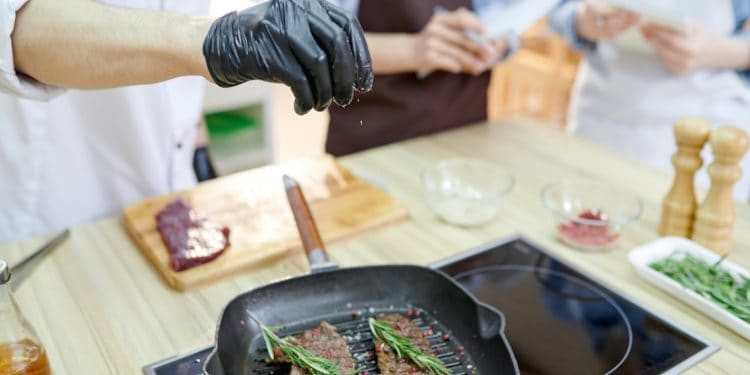 For a long time, Australia has deployed rigid systems to ensure beef traceability is foolproof. Several paddock-to-plate traceability firms turned to blockchain to ramp up their food provenance platform.

Last year, an Aussie blockchain firm BeefLedger lent a helping hand to China’s farmers by addressing their struggles to meet the opportunities in beef import. In October, a prominent name in the beef industry, JBS Australia, launched a grand-scale beef traceability program for its highly regarded King Island Beef.

‘Beefing up’ the beef traceability with blockchain

Today, Aglive announced it successfully carried out a beef traceability trial that began earlier this year, using blockchain and IoT potential to monitor livestock from a New South Wales-based farm to a local butchery.

Aglive then deployed blockchain to track its products in the frozen section and made sure that they are stored in safe and hygienic conditions. It also monitored its cross-border transportation from Brisbane to Shanghai and ensured that its distribution process is carried out to local stores seamlessly.

While speaking to Farm Weekly, Paul Ryan, Aglive’s executive director, said that, given the current circumstances, Australian consumers have become more conscious than ever about what they buy.

At a time when we are surrounded by health risks that are seemingly associated with contaminated food products in the livestock supply chain, traceability and transparency have become the two most critical aspects of gaining consumer confidence, he asserted.

Following the implementation, Aglive became the first-ever company to deploy an electronic National Vendor Declaration (eNVD) app to incorporate farm certification and data, all in one platform. Put simply, breeders and retailers, who are a part of the Aglive’s tracking system, can monitor their shipment movements across the entire supply and distribution chain by using a unique traceability code.

Craig Davison from DB Schenker expressed his excitement over the partnership with Aglive and said that the ground-breaking beef traceability program would revive the Australian livestock industry by bringing in more transparency and trust.

Meanwhile, Aglive is also working on introducing its beef traceability solutions to overseas markets, including Latin America, Canada, and Europe, and is offering a free half-yearly trial to all livestock breeders who wish to explore its farm-to-fork platform.