Apple and Google under fire for fake crypto investing apps 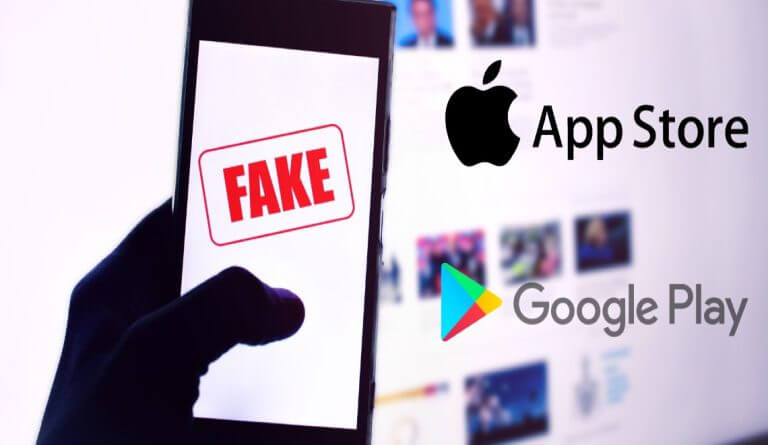 Apple and Google, the world’s most valuable corporations, are being targeted for enabling crypto fraud. U.S. Sen. Sherrod Brown (D-Ohio), the chairman of the Senate Banking Committee, is demanding answers from Apple Inc. (AAPL) and Google parent Alphabet Inc. (GOOGL).

The United States Senator wrote letters to Google and Apple’s CEOs asking them to provide information on how they prevent fraudulent apps from advertising crypto scams. Many people have been crushed by the recent crypto winter, which has resulted in millions of dollars in losses. Financial regulators worldwide have taken it upon themselves to set things right.

According to statisticians, 95 percent of all frauds are carried out on the internet and through mobile apps. These methods have been made available via the Google Play Store and Apple App Store.

Apple and Google are under scrutiny for listing fake crypto apps

In recent years, the popularity of crypto trading platforms and exchanges has exploded, as millions of people have downloaded mobile applications in order to trade and invest in digital assets. Millions of Americans utilize mobile apps to acquire unsupervised digital assets like cryptocurrencies.

Crypto apps are available on app stores like the Apple App Store, where consumers may download them. While cryptocurrencies have made trading easier and more convenient for investors, reports have emerged of fraudulent crypto apps that have fleeced hundreds of people.

According to the letters published on Thursday, Brown asked Apple CEO Tim Cook and Alphabet CEO Sundar Pichai about the steps they took to approve crypto apps on Apple and Android devices.

Furthermore, the senator sought information on how the firms verified that applications were “trusted and secure.” He requested Apple and Google to explain how they prevent fraudulent applications from being accepted by users.

Cyber criminals have stolen company logos, names, and other identifying information of crypto firms and then created fake mobile apps to trick unsuspecting investors into believing they are conducting business with a legitimate crypto firm. Alarmingly, far too many investors have fallen victim to such scams with losses exceeding $42 million […] While firms that offer crypto investment and other related services should take the necessary steps to prevent fraudulent activity, including warning investors about the uptick in scams, it is likewise imperative that app stores have the proper safeguards in place to prevent against fraudulent mobile application activity.

Today’s developments have investors speculating about whether Google and Apple can assist prevent crypto frauds. The new perspective offered by the senator sheds light on issues that lawmakers had not yet considered. All eyes are on Google and Apple, whose response might significantly impact how crypto fraud is combated.

Could Google and Apple help in curbing crypto frauds?

According to Brown, app stores (Google and Apple) must have adequate safeguards in place to prevent fraudulent mobile application usage. The letters inquired about the evaluation process Apple and Google employs before allowing crypto apps to operate in your app store, including the review procedure you go through before allowing them.

Brown’s letters to Apple and Google followed the FBI’s release of a public warning about fraudulent cryptocurrency applications on July 18. According to the FBI, hundreds of thousands of dollars have been stolen from nearly 250 individuals in the United States since October 2021. This also includes a scenario in which an app utilized the name of a formerly legitimate crypto exchange.

On Thursday, the senator’s committee will hold a hearing on fraudulent activities in the cryptocurrency sector. Brown said at a Senate Banking Committee hearing on “Understanding Scams and Risks in Crypto and Securities Markets” that the burden of dealing with crypto scams should be placed on platforms and apps rather than businesses:

We hear industry players call for rules of the road when a big fraud is uncovered, and after a big actor has knowingly violated the law. The rules are there, the roadmap is clear, and [the Senate Banking Committee] needs to make sure our regulators enforce the law and protect the workers and families that keep this economy rolling […] Industry shouldn’t be allowed to write the rules that they want to play by.

According to Gerri Walsh, the president of the Financial Industry Regulatory Authority Investor Education Foundation, some of the $57 million in fines leveled against trading app Robinhood in June 2021 would be used to educate crypto investors, particularly those who use online accounts or mobile apps.

In response to a question on Instagram posts, he also identified scammers using dating and messaging apps to persuade victims to send money or invest in fraudulent crypto platforms, adding that fake news on social media was a driving force in the spread of such scams.

Brown has been a major advocate for investors and consumers in the cryptocurrency space, most recently chairing a hearing on protecting Americans from crypto and securities scams. In March, Brown hosted a hearing to highlight the importance of digital assets in cybercrime and illicit finance. He also held a hearing in February to assess the dangers that stablecoins pose to our economy.