The Algorand price is bullish today, as we may anticipate a continuation of the trendline past the $1.75 mark into new support above $1.80.  As a result, following some more bullish activity over the next hours, ALGO/USD will reverse up to the upside.

The price of ALGO/USD fluctuated between $1.75 and $1.82 during the last 24 hours, suggesting little volatility. Volume has risen by 19.25 percent, with a total value of $214 million traded in the past day, placing the market capitalization at around $10.68 billion, which is in the 20th position overall.

We can see that the Algorand price is rising on the 4-hour chart after a brief rebound from $1.70. It’s probable that a lower high will be set before further declines over the next 24 hours. 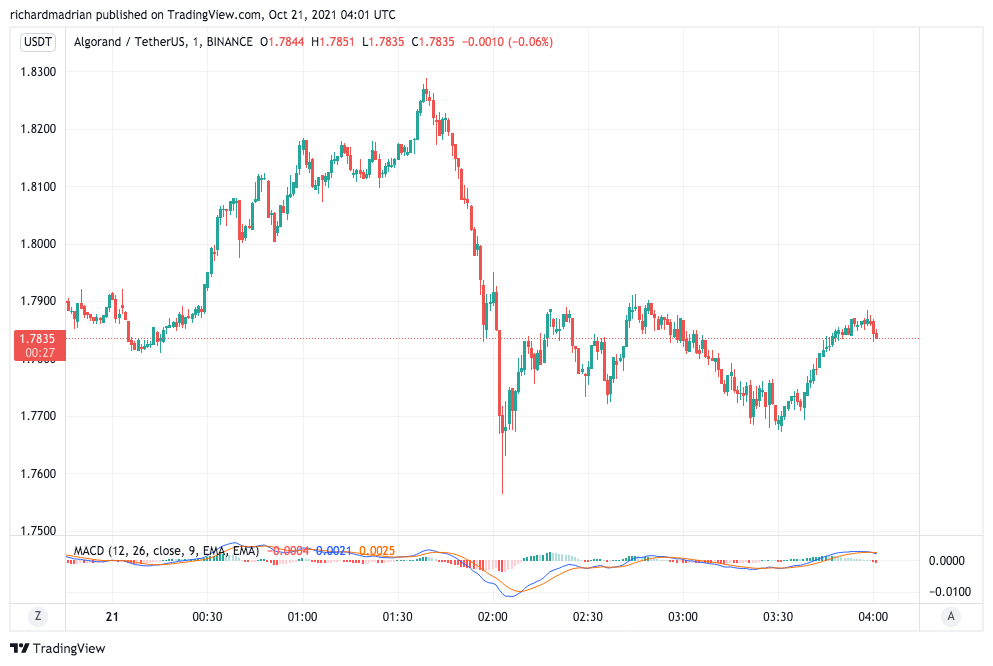 After a strong start during the first week, Algorand’s price action has been bearish for most of October. On the 4th of October, after a solid advance from the $1.55 support level, ALGO/USD topped at $2.10, resulting in an initial decline.

After the initial failure at $1.75, a second attempt was made to push higher. However, a clear lower high was established at $2, resulting in another strong drop down to the $1.60 level.

On Monday, the ALGO/USD pair retraced some of the loss and established a new price low near $1.90 last week. The second test of resistance occurred on October 17th, with another drop following on Monday. The Algorand price action has continued to decline since then, with local support at $1.70 presently.

Today’s Algorand price analysis is bullish, as we are likely to see another higher low established over the next hours. We anticipate ALGO/USD to continue dropping later this week after that.