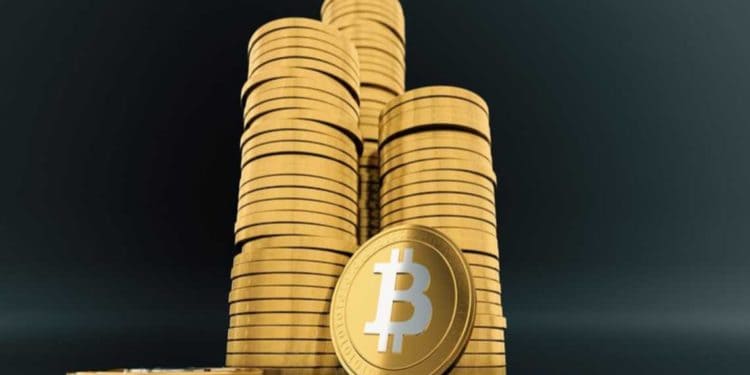 Adjusting Bitcoin mining difficulty is likely to bring down runaway BTC transaction fees. The biggest cryptocurrency by market capitalization and market share has seen its fee hit the roof this year. However, there are still hopes that the trends can be reversed by changing the mining algorithm.

The high fee problem is not restricted to BTC; Ether has also been affected. BTC fee hit a high of $5.83 on May 18 translating to a 70 percent hike since the last halving. This has sparked concerns has to how high the transaction cost can go. 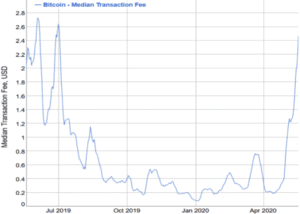 Miners are set to experience the effects of mining difficulty. As per BTC.com, miners might experience a short term reprieve which might not be sustainable. However, according to the founder of Quantum Economics Mati Greenspan a short term might clear the current transaction backlog.

In a report earlier today, Coin Metrics reported that:

This increase in fees may have been amplified by the reduction in hash rate that has taken place since the halving. This reduction, in turn, is caused by less efficient miners leaving the network. The drop in hash-power has increased the time between blocks, therefore reducing the amount of available block space.

A decrease in mining difficulty will reduce the time taken to validate blocks making transactions faster and lowering the fee.

Before adjusting Bitcoin mining difficulty, miners are focusing on high fee value transactions to validate. The mining process on the BTC mempool has become highly competitive. This is making BTC senders raise fees for their transactions to get first priority in the queue. Until the transaction traffic stabilizes, transactions fee will continue to increase.

Ethereum (ETH) has not been spared; the last seven days have seen transaction costs spike to a high of $0.48 representing a 58 percent surge prompting the Ethereum co-founder Vitalik Buterin to note:

For the last week Ethereum transaction fee revenue has exceeded most estimates of what [proof of stake] validator rewards will be.

As a solution, he adds that:

Rollups+sharding are coming (loopringorg zk rollup already on mainnet!) to increase capacity, but even today this is an important milestone for economic sustainability.