Why Meta’s $100B investment in the metaverse is terrifying: Altimeter Capital 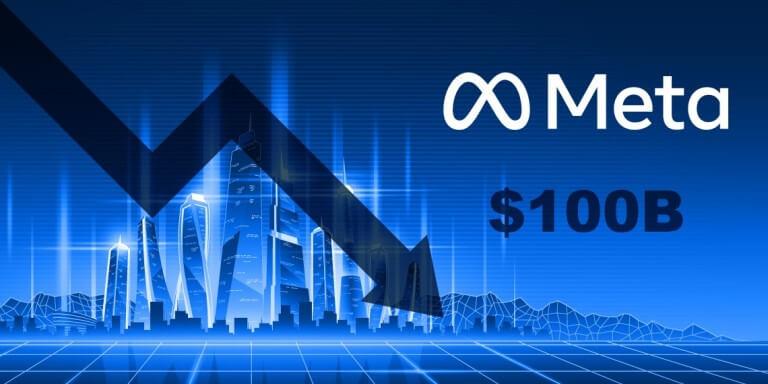 Meta’s $100B investment in the metaverse is “terrifying,” according to an open letter dated 24 October 2022 to Meta by Altimeter Capital CEO Brad Gerstner. The CEO criticizes Meta’s supersized investments in the Metaverse. In the letter, he voices concerns shared by Meta shareholders urging Meta to “streamline and focus its path forward.”

Gerstner owns about 0.11% of Meta shares. By Silicon Valley standards, such massive investment in metaverse projects with an “unknown future is super-sized and terrifying.”

In October last year, Meta CEO Mark Zuckerberg shared a letter to stakeholders where he shared his vision of the Metaverse as the next chapter of the internet. He added that social media was their DNA and that “we are a company that builds technology to connect people, and the metaverse is the next frontier.”

Meta shareholders are feeling the pinch of the recent bad performance of the Meta stock. The stock is reportedly down 55% in the last 18 months, with the P/E ratio falling from 23x to 12x, less than half compared to its peers. Gerstner added that the “decline in share price mirrors the lost confidence in the company,” not just the market’s negative sentiment.

To get its mojo back, Meta should rebuild confidence with its investors. Gerstner recommended a 3-step plan to double Meta’s FCF to $40B annually. These included: cutting metaverse investment to at most $5B per year, reducing headcount expense by 20%, and reducing the annual cap to $25B.

Gerstner was not all pessimistic; he applauded Meta for being one of the most profitable companies, with over $45B in profits last year. He also applauded their artificial intelligence and immersive 3D capabilities that helped drive novel products and growth with abundant financial resources.

Gerstner also applauded the timely investments into Artificial intelligence (AI), a globally scarce resource that already is “driving noticeable improvements for Meta’s three billion customers and advertisers.” While Meta funneled a smaller investment to the metaverse, Gerstner claims it has received the most attention eliciting mixed investor reactions.

Meta has had its fair share of criticism following its rebranding from Facebook and its foray into the metaverse. In late July, Vitalik Buterin shared similar remarks suggesting the metaverse use cases are still unclear. He added that he didn’t think Meta’s attempt at creating a metaverse would be successful in its current form.

The fall in Meta’s share price is not going unnoticed by market analysts. On the same day as the letter, the Bank of America downgraded Meta shares from buy to neutral following the company’s decision to include reels on their Instagram and Facebook platforms. The Post commented that reels did not materially increment time spent on the platforms like Snapchat. It continued to explain Meta’s continued emphasis on the metaverse was wrong, considering the amount of time it would take their efforts to materialize into tangible results.

Despite the criticism Mark Zuckerberg is facing about the radical strategic shift he has chosen for Facebook, he is stubbornly focused on turning it into a metaverse company. Zuckerberg remains stoic, tuning out the critics to give earnest interviews and presentations about his virtual-reality vision.

In his closing remarks, Gerstner pointed out that he wanted to engage further and continue sharing their thoughts as interested shareholders for a team in that he had faith. Meta has more reach, relevance, and incredible growth opportunities than any platform. And that Altimeter had confidence in their long-term investments in AI and that the next generation of communications would continue to drive us all forward.