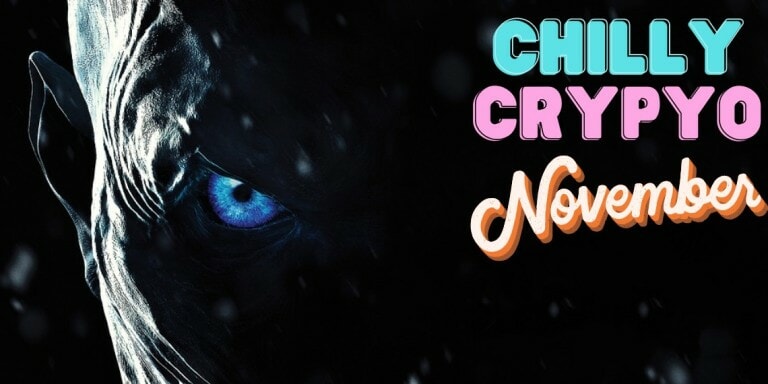 November 2022 will be remembered as one of the worst months in the crypto industry’s history. October was filled with DeFi hacks, and the crypto winter has gone up to unprecedented levels in November. Bitcoin reached a new two-year low as traders speculated about Genesis Global’s future. The entity has suffered as a result of the recent failure of Sam Bankman-FTX Fried’s exchange.

The failure of FTX has resulted in greater losses for the ailing infant market than the collapse of Terra. The crypto-sceptic senators asserted that the FTX failure made it “abundantly clear” that the digital asset industry has “serious problems.”

Crypto markets go up in flames

The crypto market, in its entirety, is suffering.  FTX has driven the market to bottoms never previously seen. In general, the entire DeFi market is underperforming. The value of non-fungible tokens, or NFTs, plunged as worries regarding the value of cryptocurrencies resurfaced.

The collapse of FTX has impacted the value of various cryptocurrencies. This has diminished the purchasing power NFT collectors enjoyed in the past. The “Bored Ape Yacht Club” NFT that Justin Bieber purchased in January for $1.3 million is now worth $70,000.

The three senators stated that the recent decline of FTX is the most compelling argument for the $4.5 trillion asset management firm to reconsider giving Bitcoin to retirement investors. They also stated:

The recent implosion of FTX, a cryptocurrency exchange, has made it abundantly clear the digital asset industry has serious problems […] Since July, when we last raised concerns with you about the deeply concerning prospect of exposing workplace retirement plans to Bitcoin, its value has plummeted.”

Speculation is that Genesis’s financial woes could force DCG to sell off assets, which, depending on the scenario, could have repercussions for GBTC and the bitcoin market as a whole.

However, in response to the bankruptcy claims, Genesis has disputed rumours that it is considering an “imminent” bankruptcy file if it is unable to fund a $1 billion gap caused by the collapse of the cryptocurrency exchange FTX.

In light of recent uncertainty over the Grayscale Bitcoin Trust’s future, the trust’s custodian Coinbase has released a report detailing the assets held on its behalf. On November 22, following the closing bell, Coinbase shares prices plummeted to about $40. Since its initial public offering on April 16, 2021, the price of Coinbase’s stock has declined by over 88%.

During the crypto market’s peak in November 2021, Coinbase shares peaked at approximately $357. According to MarketWatch, Coinbase’s market worth fell below $10 billion for the first time since it went public as a result of the drop in its stock price.  The report noted since its IPO, the value of the crypto firm has risen to as high as $79.0 billion.

However, they warned that others’ panic is not a sufficient cause to bypass extensive security mechanisms that have kept its investors’ assets “safe” for years. GBTC had a loss of 82% during the same period. The spread implies a considerable divergence between the value of the trust’s sole investment and its share price on the open market.

Bitcoin miners get on a selling spree

The failure of FTX has left a significant impact on the global market for digital assets. Multiple crypto exchanges and lending platforms have faced the effects of this catastrophe. However, this wildfire has already spread to several DeFi sectors.

The pressure on Bitcoin miners is at an all-time high as BTC prices hit a new bear cycle low on November 22. Charles Edwards, the founder of Capriole Fund, observed on November 21 that Bitcoin miners were aggressively selling. Based on the graph, the sell-off has surged 400% so far this month.

The current situation for Bitcoin miners is a triple whammy. Hash rates are close to their maximum values, making it more difficult to mine the next block. This is advantageous for network security, but harmful for miners. The mining difficulty is also at an all-time high, making competition for the next block more difficult. The crypto market is in its worst form ever. Will the industry recover?