What to expect from Bitcoin halving? 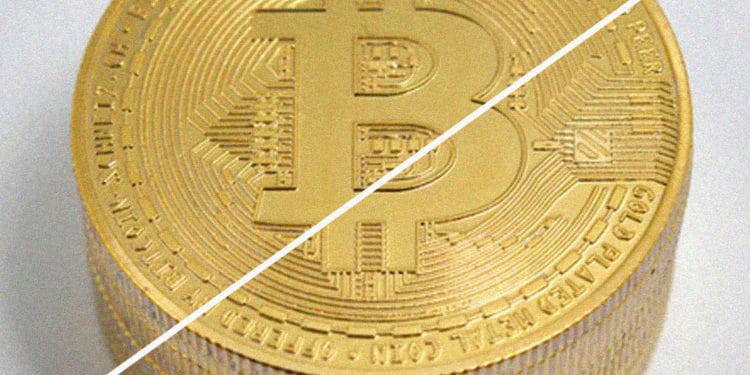 Bitcoin halving is among the most important in the cryptosphere since every Bitcoin-related event effects the market as a whole.

The Bitcoin halving event of 2020 is due in 50 days, and these are no desirable circumstances as Bitcoin’s price took a fall by 50 percent due to the coronavirus pandemic. What effects would this price fall have on the halving event? Luckily, for us, Decrypt released a report to find out the possible outcomes.

Would Bitcoin halving be a bullish event?

The first two halving events of Bitcoin ended up with fruitful outcomes, with its prices increasing in each of those events. The 2nd halving event leads to the highest ever historical price finish.

The third halving event will have many different aspects to it, as Matthew Gramham, CEO of Cino Global, explains. Matthew stated that the halving event would lead to a devasting fall in the BTC’s price which would damage its post as an uncorrelated asset and haven.

The Bitcoin halving event would have already cost the miners by cutting their profits in half. Now, with the additional burden of this sudden price fall calamity, the damages are going to be four times as bad.

CEO of Delta Exchange, Pankaj Balani explained to Decrypt that miners weren’t even expecting these circumstances and were instead accumulating Bitcoins expecting the value of BTC to rise during the halving.

On the Bitcoin halving event, miners will get half the amount of Bitcoin and would be selling them for half the price it was worth a month ago. Due to this, a large number of miners have engaged in capitulation, meaning they have sold their equipment since, for an average miner to make a profit, BTC price would need to be at the $7,400 mark.

The volatile nature of Bitcoin

BTC’s nature has always been volatile since the inception of the cryptocurrency, and it has been seen as a store of value, digital gold, and a hedge against the financial system. Co-founder of Morgan creek digital, Anthony Pompliano tweeted last year that the King coin was on its way to becoming the next global reserve currency.

However, the recent price turbulence has shifted the narrative once again as CEO of Europe Pacific Capital, Peter Schiff, wrote on Twitter that Bitcoin’s falling by 25 percent doesn’t give the sense of it being seen as “digital gold.”

Would the Bitcoin halving event be a defining moment?

The Bitcoin halving event that will most likely leave the miners with little profit coupled with the stock market crash poses a huge threat to BTC. The concluding price of the King coin will determine the narrative build around it.

That being said, this could also be a shining moment for the technology as trust in public institutions continue to fumble, and the number of people who work from home increases coupled with the weakening of the US dollar authority. These are all the concerns that lead to the birth of Bitcoin in the first place.