What Is To Be – Prospects of Major Cryptocurrency Yielding in 2021 The year started out with Bitcoin dragging the crypto market up the price charts spurred by a favorable constellation of factors. The second largest cryptocurrency in terms of capitalization, Ethereum, for a favorable price as well, though well below its own historic maximum.

The sudden, and almost unexpected, rally raised many questions as to whether the two giants of the market can maintain their momentum. Some members of the crypto community believe that the growth potential of Ethereum will allow the coin to surpass Bitcoin, thanks to the transition to the PoS model that will open the doors for numerous minor investors to start staking. At the same time, the positive movement of Bitcoin itself is the growth driver for ETH and the rest of the altcoins.

As for the price growth factors, Bitcoin drew support from Joe Biden’s announcement of a $1.9 trillion budgetary stimulus package, as well as statements from US Federal Reserve Chairman Jerome Powell, who promised to maintain a soft monetary policy. The fact that economies around the world are in dire need of support is opening new doorways for prospective digital assets to occupy niches as high tech currencies with more to offer than just servitude as means of payment.

The pandemic is also presenting prospects for broader adoption by making traditional payments both unprofitable and inconvenient. In addition, the massive loss of jobs is nudging millions of people to seek alternative investment opportunities as banks are dwindling their interest rates under pressure from government authorities to stimulate economies.

In such a dreary mood of economic negativity, the demand for Bitcoin and its competitors remains high. The compilation of circumstances, the monetary inflows to the crypto market especially, are giving way for new assets to emerge and offer users alternatives in terms of investments. With staking occupying a massive part of the interest pie as a means of generating passive income, the offerings of new coins are on the rise, as is the DeFi market, which is being seen as the trampoline for a revival of cryptocurrencies.

A good example of the technological evolution of cryptocurrencies on the crest of DeFi is the Wrapped ILCOIN developed by the ILCOIN team. The WILC stablecoin is being presented as a vital in the evolution of the ILCOIN blockchain network with a super-fast second layer solution called the RIFT Protocol capable of supporting DCB smart contract technologies for storing immense amounts of data in decentralized format.

WILC is a product of its time, tradable directly with its network’s native ILCOIN and Ethereum as an ERC-20 token aimed at providing its holders with yield farming opportunities through liquidity pools. By using the conversion of cryptocurrency market capitalization on the rise of DeFi into capital for technological development, WILC can be called a token with a higher purpose that the development team is positioning as a means to an end, the end being the advancement of new data storage solutions.

The cryptocurrency market is at a crossroads – either keep growing and use that capitalization potential for its own advancement, or remain bigotedly focused on capital hoarding and tumble back to naught. The impetus provided by DeFi is a chance that cannot be missed to take the blockchain market onto a new level of evolution for greater adoption, and assets like WILC can act as guidance. 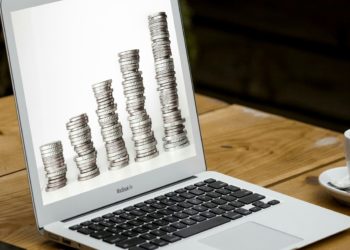