What Happened in the NFT World During the Past Week? 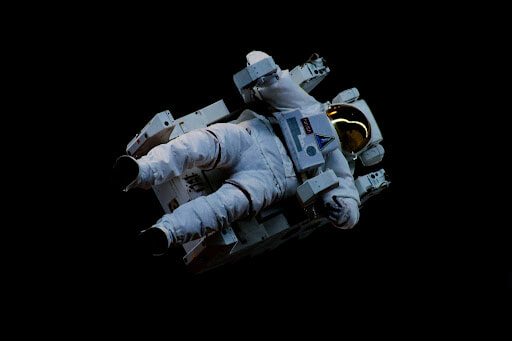 The past week has been a wild one in the world of NFTs. It included the birth of a new fundraising method (the ITO), Visa spending $165,000 on a Cryptopunk, and a report highlighting the issues with centralized games like Roblox.

We saw the birth of the ITO (Initial Tile Offering) on a virtual, tile-based replica of Earth, built by Next Earth. Users have purchased over $1.1 million of Next Earth’s virtual real estate. This is an exciting development for NFTs as it shows that there is interest from investors to put their money where the market is and invest in digital real estate.

The fact that Next Earth real estate is now live on a decentralized platform also means that users can now buy virtual real estate anywhere. Amidst the meteoric rise in NFTs, we can also expect to see additional NFT projects raise funds using an ongoing ITO down the line.

The past week has also seen Visa put $165,000 into Cryptopunk, a blockchain-based game built on Ethereum.

Visa is one of the world’s largest payment networks, processing trillions of dollars in payments. This purchase demonstrates that NFTs are now mainstream enough for institutions to consider them as a potential investment opportunity.

This is no longer a fringe industry with a few enthusiasts, it’s an established industry layered with major corporations and financial institutions investing in NFTs as an asset class.

Due to the recent meteoric rise in interest of many NFTs, prices have now exceeded some historical highs set during the last bull run. In fact, Bitcoin.com reported a whopping $220 million worth of NFTs sold in one week, including Justin Sun spending over half a million dollars on a clipart rock image NFT.

More recently, an NFT image of a dog reached an implied value of over $85 million. As more people continue to learn about this space, we expect these numbers to keep increasing significantly.

This week, Wired outlined a new report that claims that the massive video game platform Roblox can exploit young developers, who are largely children uncompensated for their work. Roblox executives earn millions of dollars based on developer creations, leading many to see the centralized platform as leaching value from its developers.

These games will continue to evolve through community-driven innovation, as has been the case with many other popular game franchises over time. NFTs will promote further innovation in gaming and take advantage of blockchain technology to deliver fair compensation for developers while also encouraging more complex game mechanics.

NFTs are a natural fit for video games because they leverage behaviors similar to playing video games — they reward players for their engagement with a fun experience on top of any potential financial reward for developers.

Video gamers have become accustomed to spending real money on digital items within their favorite metaverse titles, fantasy sports leagues, and more. NFTs provide an opportunity for fans of these titles to engage with them outside the context of competitive gameplay directly by purchasing digital collectibles representing their favorite players or teams (and who doesn’t want a piece of Kylo Ren?).

They also provide developers with another revenue stream. NFT creators will build out rich ecosystems around some of these top titles creating additional monetization opportunities for themselves as well as providing new ways for players to engage outside the realm of competitive play.

The NFT scene is currently one of the fastest-growing sectors in blockchain. We’re seeing hundreds of millions of dollars pouring in every week – and NFTs are just one small niche of blockchain. At the same time, the decentralized finance space is incredibly hot as well.