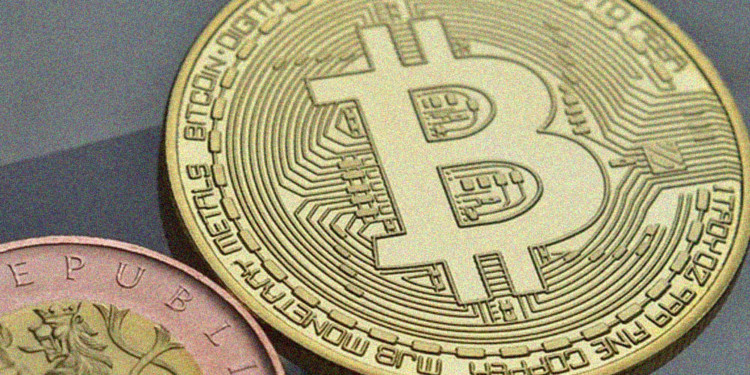 The king of cryptocurrency Bitcoin (BTC) is as volatile as ever and the Bitcoin price is at a point where it can sway in any direction.

Currently, the initiative appears to be controlled by the sellers, while they’ve decreased the cryptocurrency’s price by seventeen percent (17%). Over the last week, the variations have been actively aggressive.

Observing the weekly graph, the pin-less candle depicts an alleged continuity of the drop in prices. 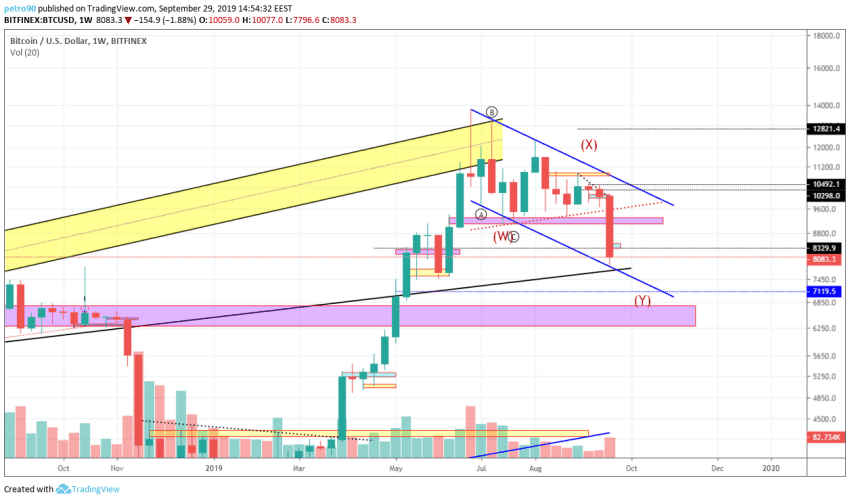 Previously, the Bitcoin price was expected to stabilize as it has for a month since May 2019. However, Bitcoin sellers require more time or volume to proceed with their course, since the graph has depicted no certain incline of volumes, the Bitcoin (BTC) cryptocurrency values are expected to slow down in the current price range.

Bitcoin price seems to be heading towards the black line. Previously, this happened in June, which caused the BTC value to drop down to over three thousand and two hundred dollars ($3,215). 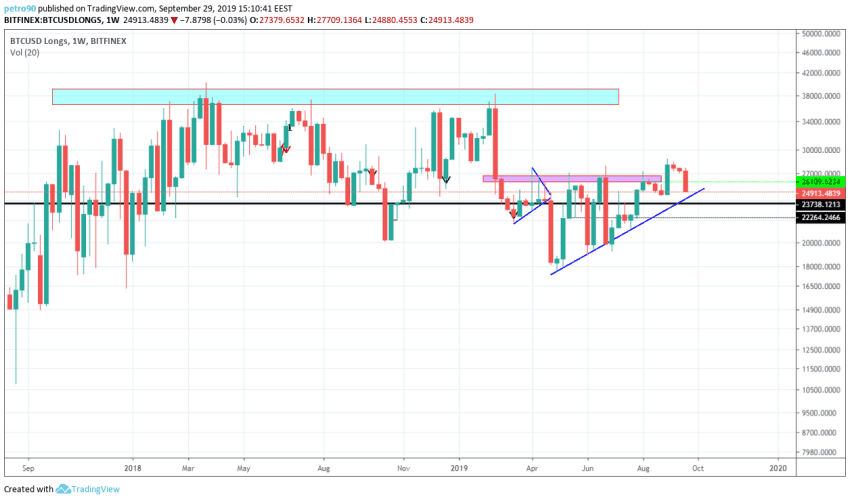 While, over the week, the Bitcoin buyers have closed their marginal positions. The sellers were striving to reduce their positions over this week of price fall: 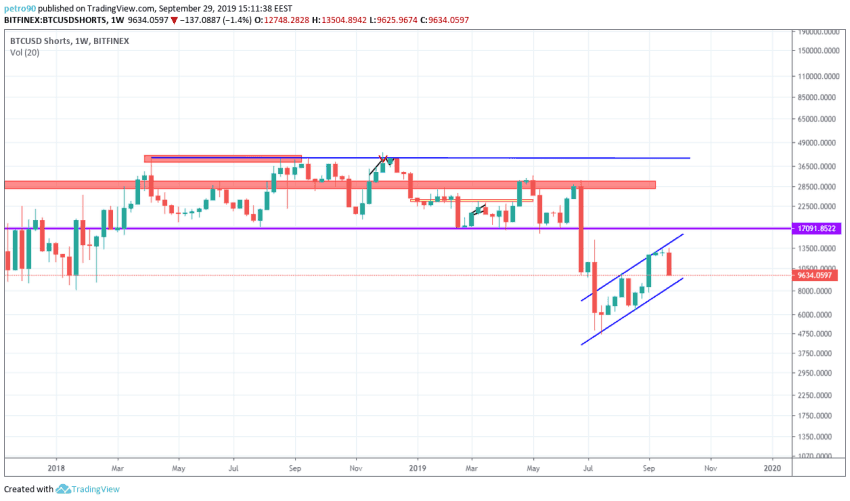 Bitcoin’s growth at the end of 2018 was what corrected the crucial drop by a little short of sixty-two percent (61.8%). 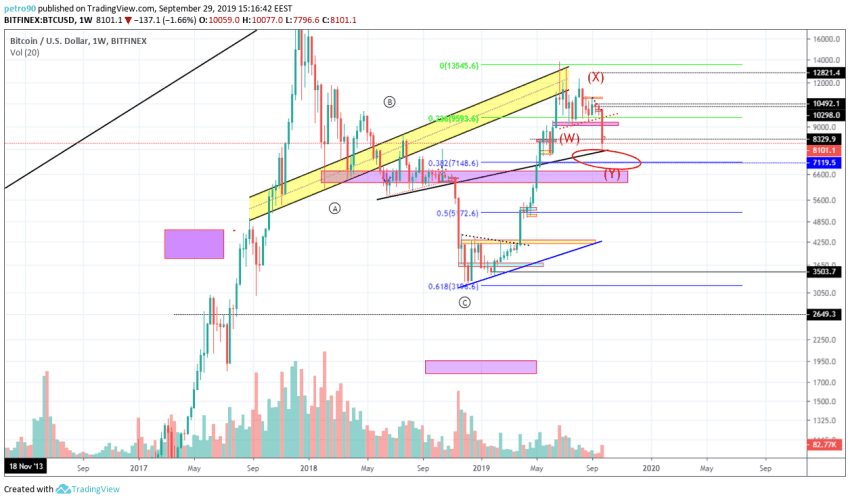 If this price range is advanced by the Bitcoin sellers, the Bitcoin (BTC) value is expected to continue its decline to three thousand and two hundred dollars ($3,200).