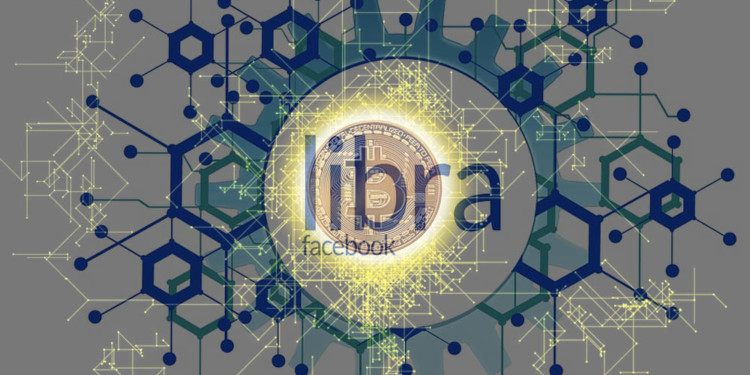 It has been a few days since Facebook announced the launch of its “cryptocurrency” stablecoin Libra and it is causing mass hysteria in both inside the crypto sphere and across social media.

However, Facebook’s Libra does not plan to work on the same principles as Bitcoin. Here are some major differences between the two cryptocurrencies as laid out by the Director of Research at the Coin Center, Peter Van Valkenburgh.

Valkenburgh explains in his research that the Bitcoin cryptocurrency and Libra stablecoin were launched with different objectives in mind.

Bitcoin was created with the aim to send and receive assets from one party to another without the involvement of a third party or a middle man. On the other hand, Libra is meant to replace the current financial system and provide financial services on a day-to-day basis to billions of people.

Bitcoin works without an intermediary while Libra hopes to manage finances over a large scale with a suitable system and whether it requires an intermediary totally depends on how it proceeds after it is initiated. 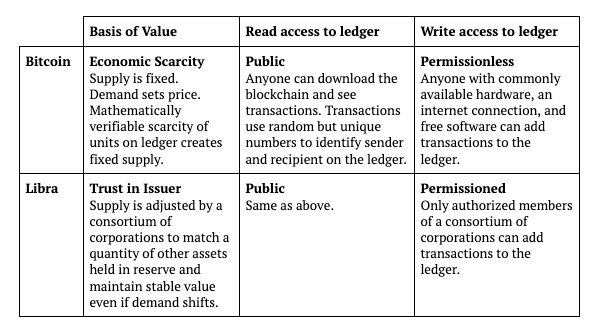 Bitcoin and Libra work by totally different methods. Bitcoin being the flagship of cryptocurrencies, is truly decentralized and work on a democratic principle. On the other hand, Libra is not a cryptocurrency since it is not decentralized.

It works similar to a decentralized network but with special access to certain authorities that can amend data and regulate the network.