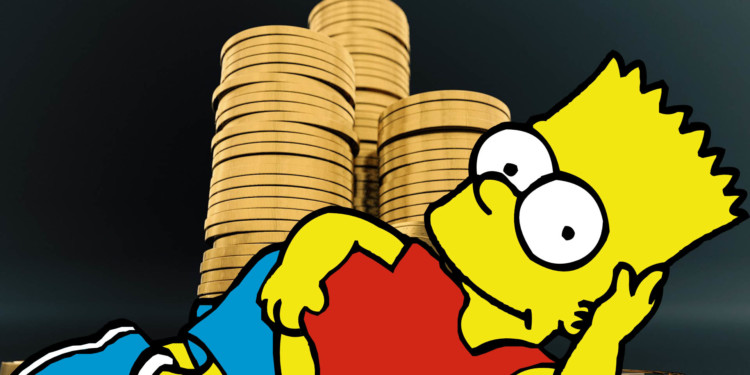 what is bitcoin bart trend

Barts, named after an iconic character of the Simpsons, i.e, Bart Simpson, is the term used to define the wavy pattern followed by the price of an asset that sees a rise, a consolidation and then a decline back to the mean position. This is also seen in the price actions of various tokens, especially Bitcoin.

As the crypto market has expanded drastically the number of people affected by these barts has also increased. This phenomenon is highly effective for short-term tradings. It is the result of bulk Bitcoin orders that change the token’s price altogether. This can occur on any Cryptocurrency but are mostly restricted around Bitcoin. This may be due to the token’s highly volatile price or the fact that many other token’s prices are affected significantly with Bitcoin.

Although the cause is unknown there is speculation that the phenomenon is used to get rid of the margin traders and while certain people say that the firms themselves are behind this but critics think that certain ‘whales’ manipulate the market.

The crypto market is very easily manipulated and therefore SEC has persisted with denying to approve Bitcoin ETFs. The market is also sometimes referred to as the ‘playground for whales.’

This has an adverse effect on the miners as well. Miners support the blockchain and therefore earn profits as well as money for necessities such as utility bills and mining hardware. When the token price falls below certain levels, it becomes very difficult for these miners to pay utility bills as well as maintain the hardware.