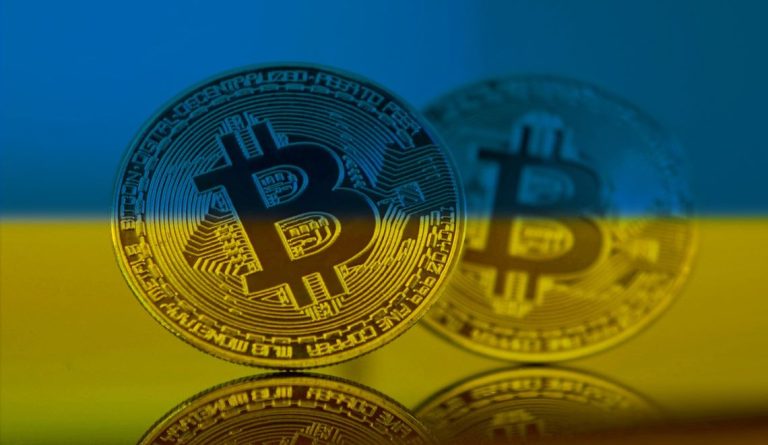 The recent drop in cryptocurrency prices has mirrored a stock market sell-off. The declines suggest that digital currencies may not be a trustworthy investment during economic uncertainty.

The Russia-Ukraine conflict and the U.S. Federal Reserve’s decision to curtail monetary aid have pushed investors to flee from high-risk assets such as equities and seek refuge in more secure options. Cryptocurrencies formerly thought to be a safe hedge against inflation do not appear to be so.

Ukraine war shows that cryptocurrencies are no hedge against equities

The week’s losses continued on Monday, with Bitcoin dipping below $30,000 and volatile global stock markets. Cryptocurrencies have assumed an unrivaled function in the Ukraine conflict, allowing the government to raise millions of dollars to support its resistance against Russian aggression.

At the outset of Russia’s invasion, Ukraine authorities initially published addresses for two cryptocurrency wallets on their Twitter feed, allowing contributors to send cash directly and immediately to the conflict zone.

At the start of the Russia-Ukraine war, Ukraine officials established two funds: one for humanitarian reasons and the other to assist Ukraine’s military. However, after the conflict spread throughout Ukraine, the funds were combined and dedicated solely to helping the armed forces.

Unfortunately, the Ukraine humanitarian work’s deservedly praised boost to the crypto industry could not stave off setbacks. The recent fall in TerraUSD (UST) prices has gotten worse. According to experts, the global economic crisis and the UST debacle owing to unforeseen incompetence of trustworthy individuals in the crypto space are primarily responsible for the mass cryptocurrency sell-off.

As investors digested the latest signs of economic malaise from the U.S. and China, cryptocurrencies plummeted, as did equities in the United States. The global stock market rout was driven almost entirely by worries about inflation. Since 1981, prices in the United States have risen at the fastest rate. However, the market downturns of the Russia-Ukraine conflict on the global economies are unique, unanticipated, and unimagined.

I think it will continue to trade with the equity market and risk assets. That’s the big lie that’s been exposed, the idea that it’s some new asset class that’s going to help diversify your portfolio has been blown to smithereens.

The Russia-Ukraine conflict exposed the world to cryptocurrency’s general nature. Despite crypto’s assistance to Ukraine, it has been hit by two crypto winters in the past seven months. Ukraine may have helped to popularize and accelerate cryptocurrency adoption, however, the performance of the cryptocurrency market leaves investors concerned.

Deja vu for Bitcoin versus market sentiment, as conditions mirror those following the March 2020 COVID-19 crash. On 17 May 2022, Bitcoin (BTC) gained back to $30,500 in the face of optimism that a retest of 2017 highs would be avoided.

The loonie is left in the balance with uncertainty about whether a significant retreat can return to the previous ten-month lows. It’s still whether the U.S. dollar will cool its bull run versus other fiat currencies to provide risk assets some breathing room.

The price of Bitcoin has attempted to break above key resistance levels. However, sellers appear to be in control. The majority viewpoint across the cryptocurrency market was that anything could happen now, with a strong bias toward the downside.

The Crypto Fear & Greed Index, a cross-market sentiment indicator, plummeted to 8/100 on 17 May 2022, its lowest level since 28 March 2020- two weeks after the Coronavirus lockdown caused stock prices to plummet.

Some of the key distinctions between the current climate and past lengthy recessions, such as the “crypto winter” in 2018, are the number of institutions engaged in cryptocurrency trading now, government assistance, investors seeking financial independence, and the Russia-Ukraine conflict, which aid crypto support.

If this pattern persists, investors will lose interest in equities. The S&P 500 index has already shed nearly 10% in the past month, making it the worst period in the last decade. However, cryptocurrencies have worsened the drop even more than stock markets—Bitcoin values have dropped by 26% in the past month.

According to analysts, the drop has been similar to that of tech stocks. It suggests that the cryptocurrency market is maturing. And, like other markets, crypto has a bear and bull run; presently, however, it’s in a bearish one.

The Securities and Exchange Commission’s Chairman Gary Gensler delivered a stern warning to the investing public about crypto during a FINRA conference in Washington, D.C. He referred to it as a “highly speculative asset class,” emphasizing its lack of investor protection.

Gensler stated that investors must not believe they have title to their cryptocurrency. He explained that using a digital wallet on a platform entails a transfer of ownership to the platform.

If the platform goes down, guess what? You just have a counter-party relationship with the platform. Get in line at bankruptcy court. When [the platforms] take your custody, when they take those tokens, they can use them, they can trade them. It’s not like when you trade in the equity markets. They’re actually making markets against you. Gensler

Gensler has been a vocal proponent of cryptocurrency regulation, repeatedly attempting to assert power over the asset class by applying the definition of securities to it. However, the SEC has not yet published any rules to control crypto, instead suggesting that trading platforms enroll with the agency or take legal action against those who do not meet securities regulations.