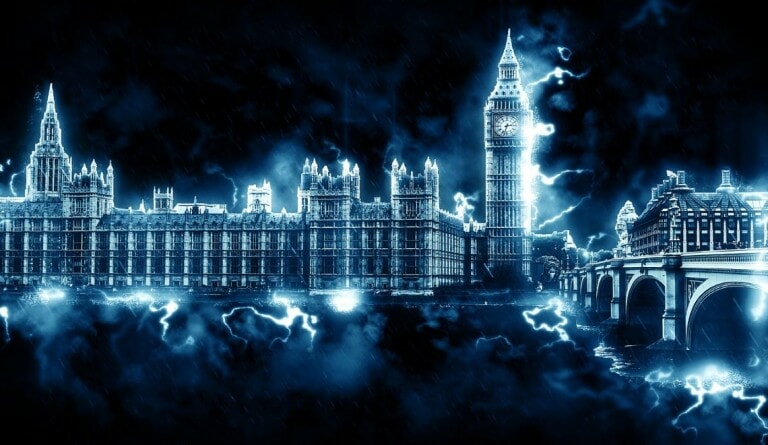 The crypto events of 2022 have necessitated centralized regulation. The industry has been hemorrhaging for months, causing investors suffering and loss. Now that the United Kingdom(UK) has mastered crypto regulation, there is no turning back. The UK Treasury is apparently finalizing a framework for the regulation of the cryptocurrency industry.

In the middle of the FTX decline, which jeopardized the entire industry, crypto regulation has dominated the headlines. Consequently, the UK is the first nation to implement regulatory legislation. According to the Financial Times, the news includes significant regulatory changes to the bitcoin industry and its interactions with overseas corporations.

The UK regulatory system prohibits multinational enterprises from selling to the kingdom. The strategy incorporates measures for dealing with business failures and advertising regulations. The spokesperson for the UK Treasury stated:

The UK is committed to creating a regulatory environment in which firms can innovate while crucially maintaining financial stability and regulatory standards so that people and businesses can use new technologies both reliably and safely.

During a time when the entire cryptocurrency market was suffering from the collapse of one of the biggest exchanges, FTX, the UK made a new crypto regulation move. According to the report, “Ministers will shortly launch a consultation on the new regulatory regime.”

According to reports, the package will provide the Financial Conduct Authority (FCA) with expanded regulatory authority over the sector, including the ability to oversee how firms operate and market their products.

The regulation of the cryptocurrency industry has always been at the forefront of financial sector conversation. Whether or not platforms and businesses are controlled and how that relates to crypto values has long been a fascinating topic of discussion.

With the demise of FTX and the consequent threat to customer finances, this situation shifted slightly. Now, as many search for measures to combat the next FTX, the UK has drafted a proposal to regulate crypto in the country.

This year, the Financial Conduct Authority (FCA) reportedly began monitoring the anti-money laundering procedures of crypto firms operating in the UK. First reported by the Financial Times, the development will introduce “sweeping rules” in the industry. However, its authority to protect customers from numerous issues is restricted.

All of this corresponds with a parliamentary measure that “underpins the UK’s approach to financial regulation post-Brexit.” In October, a law change permitted the current inclusion of cryptocurrency provisions.

In addition, UK Prime Minister Rishi Sunak has previously indicated that proper legislation will assist Britain in becoming a global hub for crypto asset technologies. Additionally, it will encourage future businesses to invest, create, and expand on British soil.

Throughout the year, the Financial Conduct Authority reportedly investigates a number of bitcoin firms in the United Kingdom.

What is the present market condition?

Changes in monetary policy have affected the worldwide cryptocurrency market, led by Bitcoin (BTC), the largest digital asset by market capitalization. The Fed recently announced that it expects to raise interest rates by 0.5 percentage points in December, resulting in a price increase for cryptocurrencies.

The cryptocurrency market remained tumultuous over the past week, but Bitcoin and most altcoins remained in the green after Powell’s address. The price of Bitcoin increased by 3%, surpassing the $17,000 threshold.

Since this cycle, crypto analysts have seen that monetary policy has been relevant for Bitcoin. The high of the shadow federal funds rate on December 18 roughly coincides with the market bottom.

The broad acceptance of Bitcoin over the past few years may be one explanation for the significant correlation between BTC price and regulatory policy. In addition, the introduction of futures markets and a rise in institutional interest contribute to the maturing of the market.