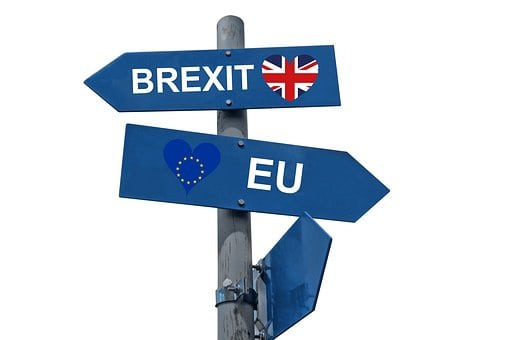 Because of the threat to lose their access to the EU market, many U.K. startups in the blockchain industry are already setting up their contingency plans.

In 2016, a referendum was held in the U.K. on whether European countries would stay in EU economic bloc. Majority opted to leave and since then the government is negotiating with EU officials. However, concerns were raised that the “No-deal Brexit” could lead to economic uncertainty.

The uncertainty about the future with Brexit is what worries the blockchain startups, until the government come up with an agreement.

“Brexit is a hindrance to everything in the short term,” said Jamie McNaught, CEO and founder of Solidi Ltd, which is developing a blockchain-based payments platform that uses cryptocurrencies to facilitate money remittances.

Solidi Ltd founder and CEO stated: “Brexit is a hindrance to everything in the short term,”.  The company is coming up with a blockchain based payment platform which would accept cryptos for money remittances.

As what he discussed with CoinDesk:

“[It’s] because all fintech regulation experts and lawyers are busy with so many things at the moment. They wouldn’t be busy if the Brexit hasn’t happened. In terms of just getting time with people is difficult at this moment. Will it (Brexit) be a hindrance in the mid-and-long term? That really depends on how successful the Brexit will be.”

Solidi Ltd  is among the four blockchain entities that were accepted by the Financial Conduct Authority (FCA) in the U.K.

Until last month, they are still on the sandbox test, still awaiting approval of their license for Money Service Business (MSB) by HM Revenue and Customs. McNaught said that Solidi has been waiting for 9 months to get their MSB license which only used to take about five weeks before.

What Solidi is waiting for is the approval of a money service business (MSB) license from HM Revenue & Customs, the U.K. authority that reviews anti-money laundering compliance. Solidi has waited nine months to get approved for the MSB license, but the process previously took about five weeks, and the startup is not the only company in this position according to the FCA, McNaught said.

Etherisc co-founder, Renat Khasanshyn, expects that Brexit could hamper client growth as it produce hurdles both for users and developers.

As what Khasanshyn explained, if deals around Brexit fails, it would be more difficult for cross-border market tests as costs for providers would go up.

“The users of our protocol will be impacted by Brexit negatively because they will need to comply with regulations in the U.K. and the EU, which will likely go in different directions,” Khasanshyn told CoinDesk. “And they will comply and pay for this compliance twice.”

Globacap, which is a blockchain startup based in London is more concerned about losing passporting rights.

Founder and CEO of Globacap, Myles Milston said that “normally, once [we] become a fully authorized securities firm, we get passporting [rights] into the rest of the countries in the EU.”

“However, obviously with Brexit, we might not get that passporting right anymore,” he went on to say. “So it doesn’t actually affect the sandbox test, but it might affect our business model after the sandbox.”

Until an agreement is struck to widen market access, opening new bases of operation in Europe would mean having to pay up or they could severely lose their market access.

Despite the negative outlook, not all that CoinDesk spoke on the possible impact of Brexit shares the same views.

Richard Cohen, a U.K.-based lawyer at international law firm Allen & Overy, contended that Brexit would have little effect on the blockchain industry as a whole – in fact, he sees it as a potential positive for the country in terms of its approach to fintech.

U.K. based lawyer Richard Cohen, believes that Brexit would not have much impact on the blockchain market. In fact, Cohen looks at it as a positive potential in relation to financial technology.

“The U.K. will be allowed to come up with a regulatory framework that is much more favorable to fintech companies and become a friendly jurisdiction in which banks can make the best use of blockchain and global opportunities,” Cohen argued.

The CEO of Nuggets, Alistair Johnson, is also positive about the Brexit as he finds the government as a supportive partner.

“The U.K. is very supportive at the potential of innovation in fintech and technology as a whole,” Johnson said. “And I think they will also see that as an opportunity to create markets, continue growth and associate with Europe and the world as a whole. It’s everything that driving the support.”