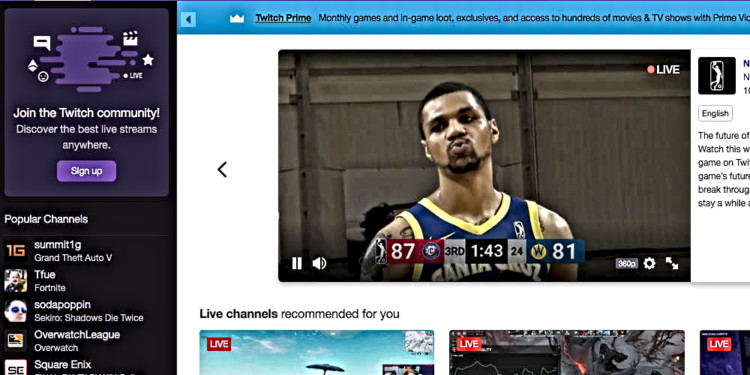 Twitch is a live streaming video platform that reportedly has over fifteen million views tuning in daily and over two point two million (2.2 million) streamers. The crypto community on Reddit had noticed that Twitch just stopped giving the option of paying in cryptocurrency out of the blue.

This caused a lot of confusion among users. Many suspected it was because the company didn’t support crypto technology all of a sudden. This caused people to cancel their subscription in rage as an act of rebellion against Twitch’s decision.

However, some users said that they were surprised that Twitch even had an opinion to pay through crypto. This alternate response poses a new reason for the vanishing of the payment option out of the blue. Since a large number of users didn’t even know the option existed the vanishing can be explained by low transaction volume.

The option to pay by crypto was initially added in the middle of 2018. The payments were supported by currencies like Bitcoin, Bitcoin Cash, Ethereum and Litecoin. Even though the transaction volume could be ow but a Twitch streamer was gifted almost seventy thousand dollars by a user in cryptocurrency.

This is not the first case where a company has stopped supporting payments in crypto. But such cases mainly occurred because the website couldn’t figure out a stable system to accept transactions in crypto. However, Twitch has yet to disclose its reasons to drop its support for cryptocurrencies.