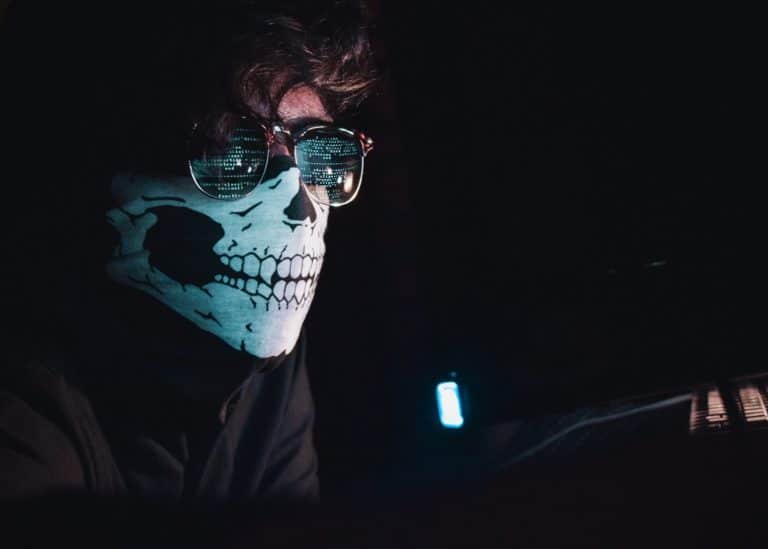 Several tech giants across the crypto world and other industries on Wednesday had their Twitter accounts compromised in what looked like an organized and simultaneous hack attack.

The Twitter accounts of these tech giants after being compromised were used to run a crypto scam where hackers asked followers of tech experts to send certain amount ranging from $1,000, $10,000,000, $50,000,000, to a particular address and get their crypto doubled in minutes.

Several tech giants, business moguls, celebrities among other stakeholders as at the time of filing this report have been hacked as possibly more hacks are yet to come. Twitter CEO Jack Dorsey, SpaceX, and Tesla CEO Elon Musk, Amazon CEO Jeff Bezos, Microsoft CEO, Bill Gates, aspiring American President, Joe Biden, Kanye West among others, have fallen victim to this scam. 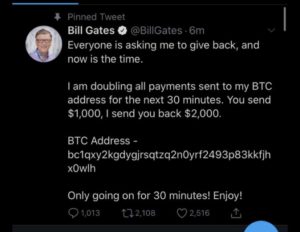 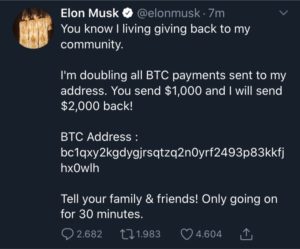 “Everyone is asking me to give back, and now is the time,” Gates’ tweet said, promising to double all payments to a Bitcoin address for the next 30 minutes.

Gate’s account, along with those of former President Barack Obama, Warren Buffett, Jeff Bezos, and Mike Bloomberg, posted similar tweets soliciting donations via Bitcoin to their verified profiles on Wednesday.

Reportedly, a spokesperson for Twitter said they are already looking into the issue. “We can confirm that Bill Gates did not send this tweet,” a spokesperson for Gates told CNN Business. “This appears to be part of a larger issue that Twitter is facing. Twitter is aware and working to restore the account.”

Crypto stakeholders likewise have fallen victim to these suspected hack likewise exchange firms. While the original tweet was soon deleted, a new version popped up again within seconds, suggesting that the attack was ongoing.

However, at press time all tweets requesting that Bitcoin be sent to a particular account were already taken down.