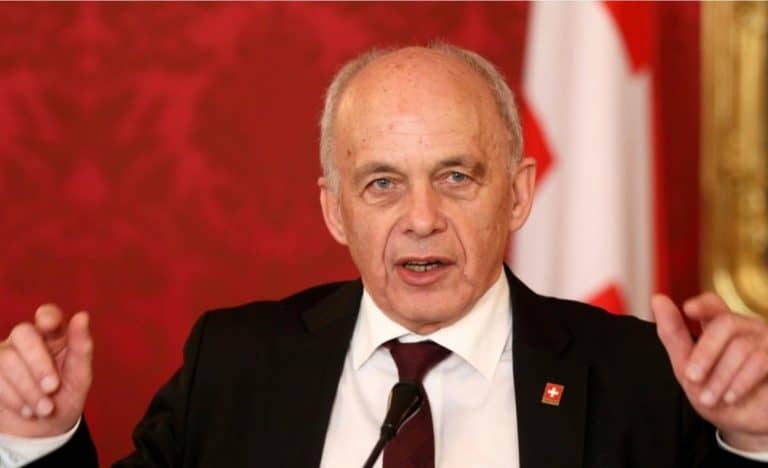 Describing Libra, Facebook’s stablecoin with a basket of other fiat currencies, Ueli Maurer, Switzerland’s president has said the Libra is a failed project.

Switzerland’s finance minister and the outgoing president shared the same opinion in an interview with Swiss broadcaster SRF. Maurer said in particular:

I don’t think (Libra has a chance in its current form) because central banks will not accept the basket of currencies underpinning it.

Facebook’s currency is, however, formed from a basket of fiat currencies, and amongst them are the US dollar, the Chinese renminbi, and the British pound.

Ueli further said that for the currency to be approved by central banks, it has to be reworked as the cryptocurrency is seeking regulatory consent.

The Facebook crypto, Libra,  is planned to be launched sometime next year, but with all the regulatory hurdles, it seems quite unlikely.

Mauer’s comments hit particularly close to home as the currency association is headquartered in Switzerland.

The story so far with Libra

Libra did not immediately respond to a request for comment following the presidents’ statement.

The Facebook-led digital currency, which is to be issued and governed by the Geneva-based Libra Association, have raised concerns among regulators and politicians.

These concerns range from privacy to its potential to influence monetary policy and change the global financial landscape.

The cryptocurrency is to be backed by a reserve of assets such as bank deposits and government debt held by a network of custodians.

The structure is meant to foster trust and avoid the price swings that plague other cryptocurrencies.

Libra is a digital currency that is claimed would allow people to send money around the globe with the same ease of sending a photo or text.

It will be backed 1:1 by a basket of currencies held in a reserve. This makes it different to cryptocurrencies like Bitcoin and ether, which are known for their volatile price swings.

Facebook has set up a new subsidiary called Calibra, which will make a digital wallet for users to store and exchange the tokens and help the company profit from the virtual currency.

Subjected to a series of regulatory setbacks, some countries may not have a problem with the project.