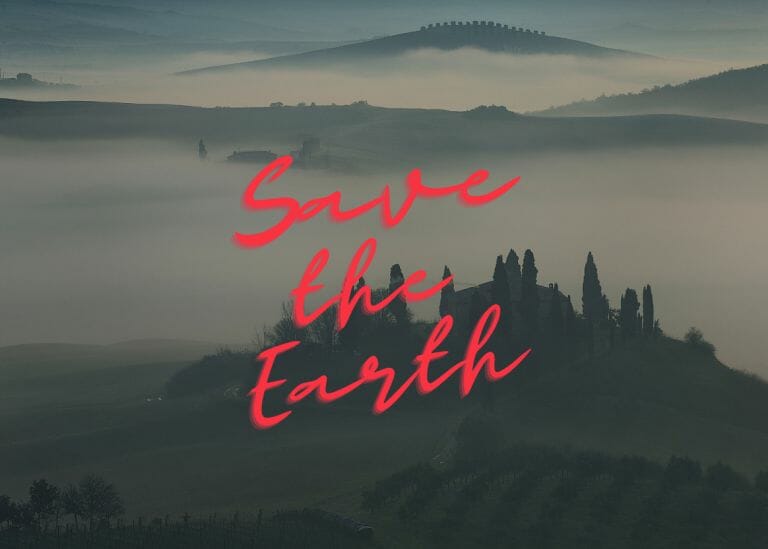 There are many articles from concerned environmentalists about the dark side of NFTs, and their impact on the environment.

All these views are primarily dependent on who is pushing what agenda and who is paying for the articles to be written.

Contents hide
1 The question is: are we moving towards a better outcome for the environment?
2 Some research from Cambridge
3 Why is Proof of Stake better than Proof of Work?
4 Comparing the environmental costs of physical versus virtual currency
5 Less negative impact on the environment in the future

The question is: are we moving towards a better outcome for the environment?

Bitcoin is used as a case study to support this idea, but we can apply the same logic across the cryptocurrency landscape.

Bitcoin against the entire legacy banking system is a David and Goliath story, but we’ll use the comparison to illustrate the inaccuracies from many points of view.

One point is that, as the world tries to move towards clean and renewable energy use, the only energy needed for Bitcoin mining is electricity. Considering Koomey’s and Moore’s Laws, Bitcoin will have less impact on the environment as time passes. 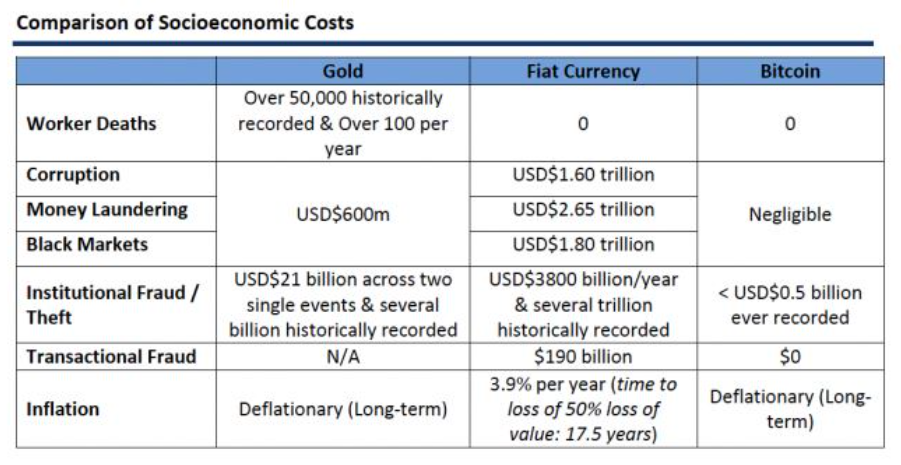 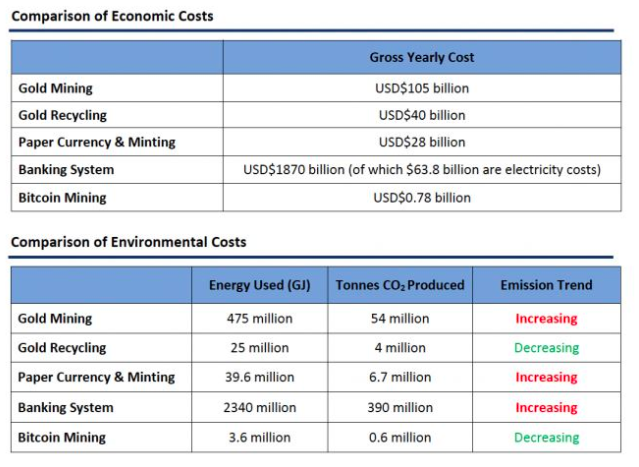 Here is an excerpt from an academic paper on a critical assessment of the Bitcoin mining industry, gold production industry, the legacy banking system, and the production of physical currency:

“As can be conclusively seen, the relative impact of the bitcoin network does not even register on the radar of the fiat and gold-based monetary systems, representing a very conservative relative environmental impact of just over 0.13%, and a relative economic impact of just under 0.04%. When considering Koomey’s Law, we can expect energy/GH to continue to half every 18 months until 2048.

We can expect our current industry’s best efficiency of 0.733 W/GH to reach 0.0000000873804 W/GH. Thus, armchair academics note that if bitcoin scales to a million times its current size and market cap over the next 30 years, its environmental impact will still be insignificant compared to existing systems.

When considering Moore’s Law, we can expect $/GH to continue to half every 18 months until 2020. When we consider the advent of decentralized emission-free renewable energy, we can expect tCO2/GH, and possibly even $/kWh, to tend towards zero.”

Widely available public information strongly refutes claims that Bitcoin is unsustainable, and shows that the social, environmental and economic impacts are a minuscule fraction of the impacts that the legacy wealth and monetary systems have on our society and environment.

Hass McCook, author of An Order-of-Magnitude Estimate of the Relative Sustainability of the Bitcoin Network – 2nd Edition, 2015

Some research from Cambridge

According to the Cambridge researchers’ estimates, Bitcoin accounts for around 0.5% of total global electricity consumption.

Although we agree the amounts are ludicrous right now, that is still half as much as inactive home appliances in the US consumed. The amount of energy wasted on idle home devices like phone chargers and microwaves in the US could power the bitcoin network for two years.

Michel Rauchs, research affiliate at the Cambridge Centre for Alternative Finance, as told to CNBC

Most NFTs use the Ethereum blockchain to function. Ethereum currently runs off a Proof of Work system (switching at the end of 2021 to Proof of Stake).

Proof of Stake systems are less energy-hungry, and new and improved hardware is used, making the crypto space more efficient at a lower cost. Not only does the crypto space have advancing technology, but it is the first to adapt to renewable energy resources as opposed to banks and stock market operations that are looking to increase consumption of fossil fuels.

Why is Proof of Stake better than Proof of Work?

These models are called ‘consensus mechanisms‘ and they are a current requirement to confirm transactions on a blockchain without the need for a third party.

Bitcoin uses the Proof of Work model. Although Proof of Work is a fantastic invention, it is inefficient and slow. Not only does it need significant amounts of electricity, but it is also very limited in the number of transactions it can process at the same time.

Many other consensus mechanisms have been created due to these inefficiencies, with one of the most popular being the Proof of Stake model.

The Proof of Stake model was first created in 2012 by two developers, Scott Nadal and Sunny King. At the time of its launch, the founders argued that Bitcoin and its Proof of Work model required the equivalent of $150,000 in daily electricity costs.

The figure has risen significantly over the last few years and contrasts with NFTs having a near-zero cost and minimal impact on the environment.

How can we determine this?

Comparing the environmental costs of physical versus virtual currency

With the built-in “infinite” inflation of fiat money, more and more physical currency will need to be printed and minted every year unless we move to a completely digital transaction system.

Coindesk reports, “A very comprehensive sustainability assessment undertaken by Ahlers et al. (2010) attempts to quantify the environmental impacts of the US Dollar, in contrast with polymer-based notes produced in Australia. The significant environmental costs, based on data from 2002, are as follows (Ahlers et al., 2010):

Less negative impact on the environment in the future

The question here is not if cryptocurrencies, NFTs, etc., are suitable for the environment, but if, by adopting them, we support a move to a better system that has a less negative impact on the environment in the future.

The only thing necessary for the triumph of evil is for good men to do nothing.

We are right at the start of the NFT experience — its day one — and the explosion of NFT’s onto the blockchain landscape has created skeptics and die-hard believers in the category overnight.

Many are still sitting on the fence, unsure of the impact NFTs will have on society or our environment or if they should get involved. We all know there is something fundamentally wrong with the monetary and financial system globally. We don’t know how to fix it. We also understand that some digital currency will replace what we know as money.

Oshen.io provides a marketplace where like-minded people that love the natural world and are concerned about conservation and protecting our environment can meet, share, trade, and vocalize their support for the environment by giving back.

Oshen.io and the artists and athletes associated with the platform will give a percentage of all transactions on the platform to organizations devoted to the conservation and preservation of our natural habitat.

Imagine an NFT marketplace with 1000 of the best natural world artists and athletes globally using their art to make a difference in the Crypto, NFT, and blockchain landscape.

Never doubt that a small group of thoughtful, committed citizens can change the world; indeed, it is the only thing that ever has.

Oshen.io is one community’s commitment to Save the Earth. 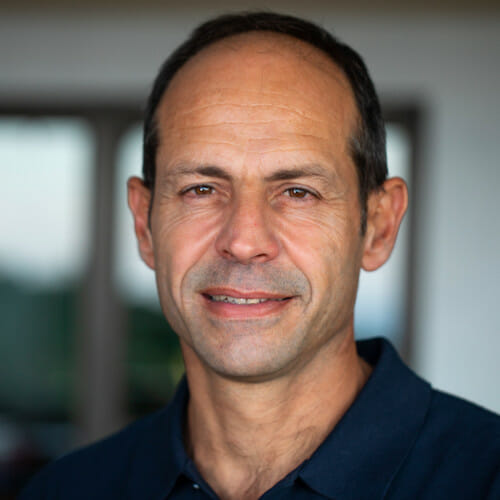 5 mins read
What lies ahead for Voyager Digital and its investors after FTX wins the purchase auction?
27 September, 2022