Stolen crypto returned by Lendf.Me attacker, a change of heart? 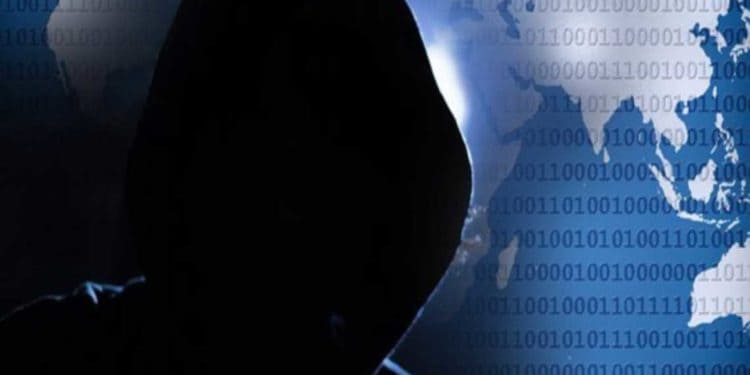 Stolen crypto from Lendf.Me has been returned, it has been revealed. This is a strange twist of events as the attacker changes their mind. The decentralized finance lending platform dForce attacker made the decision because they had broken the basic hacker rule of revealing their identity.

The Lendf.Me Sunday attack saw the platform lose over $25 million USD. The complex attack technically referred to as ‘reentrancy vulnerability’ that an attacker can use to imBTC in bits at set intervals. The imBTC tokens are based on the Ethereum ecosystem with a value rate of 1:1 to Bitcoin.

This is the first in the crypto history for a hacker to return stolen crypto. According to the latest report, the attacker started returning the funds by bits on Monday and at press time, all the total stolen was safely back in the originating wallet.

It is not clear on the change of heart but it is suspected that the attacker could be scared of getting traced. Alternatively, they might have realized they had left glaring tracks for easy tracing. While highlighting the twist on April 21, Mathew Graham took to Twitter and posted: 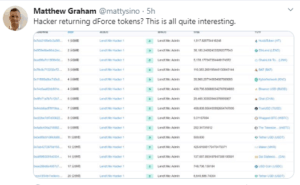 The crypto community is still baffled as to why the funds were returned. Speculations are rife that the attacker might have exposed their IP leading to a possible tracing. The attacker might have left some traces as they moved the fund between different wallets says the head of Research at Spartan Group Jason Choi.

Similar sentiments have been expressed by the Three Arrows Capital CEO Su Zhu who suspects the attacker feared the VPN used could lead to their arrest. However, it is clear that the suspect knew they had exposed themselves to getting traced and arrested.

They leaked information and public pressure made the rest!

This is the first and unique attack targeting the DeFi. However, the attacker did not plan the heist well. Stealing more than $25 million USD is a major feat and returning it is highly suspect.