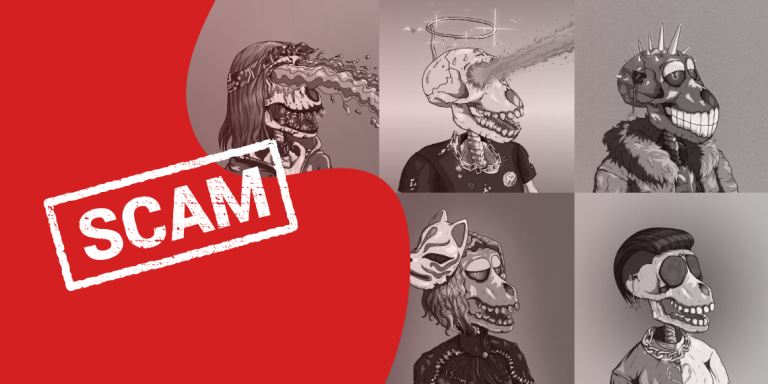 The Solana NFT space has recorded yet another project rug pull. On Tuesday, Undead Apes developers reportedly made away with the project’s funds minutes after faking a partnership with one of Solana’s blue-chip NFTs. The incident crashed Undead Apes’ floor price by over 70%.

Minutes before the developers rugged the project, they announced a partnership with a popular Solana NFT project, Stoned Ape Crew (SAC). However, it was discovered that the partnership was fake and seemingly planned by the developers to pump the floor price before pulling off the funds.

Undead Apes had a good community and was one of the most compelling new NFT projects on Solana until now. Prior to the incident, two of its collections – Undead Apes and Undead Lady Apes – had floor prices of 2.38 SOL and 3.99 SOL, respectively. At the moment, the FPs are down 74.47% and 84.44% to 0.5 SOL and 0.6 SOL, according to SolsWatch.

Undead Apes is a 2,500-unique Apes collection, and the developers claimed that “100% of all royalties go into LP.” However, Undead Lady Apes was launched as a 750-Ape collection that will generate 6x when staked. Also, “75% of royalties will go into the LP,” while 25% goes to the team. This sounds good for investors, except that the project turned out to be a rug pull.

The Twitter page (@UndeadApesDAO) has been deleted and no longer exists. Meanwhile, the community is showing interest in reviving the project, as there is still recent sales history on Magic Eden.

Rug pulls are becoming prevalent in the NFT market, which is basically a situation where a developer creates a project, promotes it, and eventually runs away with liquidity or investors’ funds.

Early in January 2022, the developers behind a Solana-based NFT project, Big Daddy Ape Club, rug-pulled its investors, making away with about $1.3 million. In March 2022, US Justice Department charged the creators of Ethereum-based NFT project “Frosties” for rug pulling over $1 million of investors’ funds.