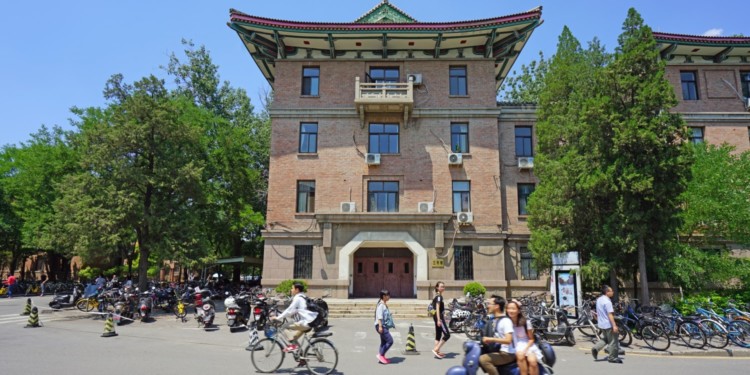 Ripple has reportedly partnered with a top Chinese university that will start with a blockchain research program.

Last week, the Institute for Fintech Research (THUIFR) at Tsinghua University in Beijing announced that their scholarship program will be focusing on the global regulatory policies and blockchain development. The selected students will have the opportunity of participating in corporate visits as well as events.

Ivy Gao, the director of international cooperation and development at the university, said that the initiative has been aimed at providing students a “comprehensive view” of the global blockchain regulatory policies, and he  believed that these programs would help the students understand and work towards the “future research or career in the field of blockchain technology.”

Eric van Miltenburg, the SVP of Ripple, global operations, said- “The program’s goal is to provide students with the right opportunities in the ever-growing and ever-challenging field of blockchain research. This aligns very closely with Ripple’s University Blockchain Research Initiative; We are extremely thrilled to  be supporting THUIFR in this endeavor and we look forward to the launch of this program.”

In June 2018, Ripple announced that it would invest more than $50 million into academic research which is working on blockchain with the help of the university initiative. It has, since then, partnered with 17 universities across the globe and this includes institutions from the U.S., Australia, Brazil, Canada, Europe, India, and South Korea.

Blockchain research projects from educational institutions all around the globe have been receiving funding support from the government agencies too. Early this month, the U.S. Department of Energy announced that federal funding amounting to $4.8 million has been provided for the universities that work on the R&D projects, which include projects which are related to the blockchain.