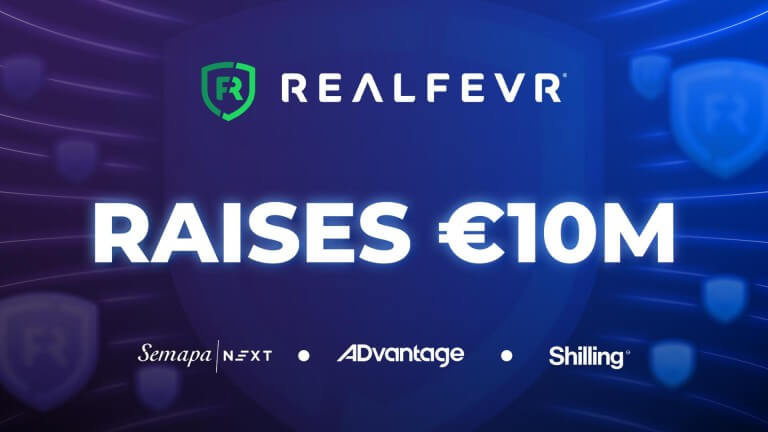 RealFevr, one of Portugal’s fastest-growing startups, announced that it has raised a €10 Million funding round. The round is led by global sports investor ADvantage, with participation from Semapa Next, Shilling Capital Partners, APEX Capital, and the professional football player Sérgio Oliveira.

Bolstered by its active global community, RealFevr’s pack drops have continued to be a hot commodity despite the recent crypto market downturn. All NFT collection pack drops to date, which could only be purchased with $FEVR, have sold out in less than 24 hours, with over 145,000 packs sold, becoming the only football-related Web3 company to fully drain its product to the market without having to adjust the levels of supply.

The release of the first-ever Web3 Trading Moments Game is one more step to reach the goal to become the Web3 reference in the Esports and Gaming industry. The game will follow traditional TCG mechanics and will have its own sustainable and innovative tokenomics model.

“Being at the forefront of innovation in such a competitive and highly technological market, we are determined to stay bold in one of the most transformative markets we’ve seen in our lifetime. Our team is proud and excited by the new products we’re building. And the most satisfying part is that now we have created the opportunity to scale up our structure explosively and we will definitely live up to the responsibility.” added Fred Antunes.

Furthermore, RealFevr plans to solve the speculative issue that characterizes the sports digital collectibles industry as a whole by providing, for the first time, a real in-game utility for sports video moments.

Jeremy Pressman, Partner at ADvantage Sports Tech Fund, stated that “As global sports investors, we’ve seen our fair share of startups building products at the intersection of sports and Web3. What immediately stood out about the RealFevr team, was not only their deep domain expertise in the Web3 and blockchain spaces, but also their focus on, and understanding of, what it takes to build community. We can’t think of a better time to be building something lasting in the space and are thrilled to be partnering with a team that will be pushing this industry forward.”

As of today, RealFevr stands strong in terms of overall brand engagement, despite bear market conditions. They have managed to retain a wide number of holders since IDO and their digital metrics have proven to be consistent across their campaigns and marketing activities. They have also surpassed the 1 million mark of the total registered number of smart-contract transactions on the BNB Chain, a milestone that pushes the company to a global sports leading position on the blockchain of the world’s largest cryptocurrency exchange.

Through a combination of partnerships, blockchain and gaming expertise, RealFevr’s daring vision is to become a new type of NFT platform that provides things we’ve only dreamed about.

RealFevr is a Portuguese startup responsible for launching the first soccer NFT marketplace, in video format. All digital collectible moments are fully licensed, thus having a real intrinsic value.

Founded in 2015, RealFevr’s mission is to completely revolutionize the sports NFT ecosystem, combining innovative technology and blockchain decentralization, in addition to the exclusivity of collectibles in video format whose utility goes beyond the perspective of the mere collector, as they will also be playable items in upcoming Web3 games. RealFevr’s first Web3 game, FEVR Battle Arena, is currently in Beta and is being tested by dozens of community members and expert gamers.

In sum, RealFevr is composed by:

FEVR Token – the fuel of the entire RealFevr ecosystem.

Fantasy Leagues – fantasy football app with over 2 Million downloads and the core product from 2015 to 2021.