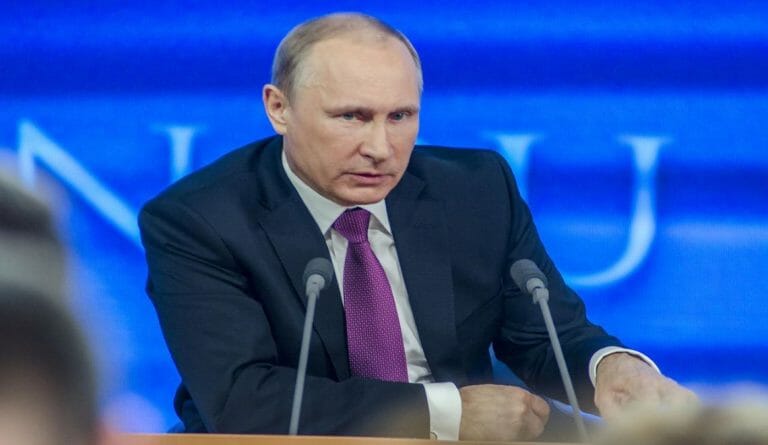 Vladimir Putin has signed a bill that bans digital financial assets as payments into law. The legislation was initially introduced to the country’s lower house of Parliament more than a month ago. Vladimir Putin has made the crypto industry considerably more challenging by amending Russia’s long-standing prohibition on cryptocurrency payments to include additional sorts of tokens.

The ban follows a months-long debate in the Russian government and central bank about what to do regarding cryptocurrency. President’s Putin signature will be devastating to the $940 billion asset class in the world’s 11th-largest economy. Other monetary units are also prohibited by law, leaving the indefatigable ruble as the sole legal tender in Russia.

Since invading Ukraine, Russia has been in the crypto spotlight. In January, President Putin stated that Russia had certain competitive advantages over other countries and was in a position to mine Bitcoin because of its surplus of electricity and well-trained personnel available in the country.

In a recent update, the Russian State Duma announced that Putin signed a bill suspending certain parts of an existing federal law “on banks and banking activities.” The decision effectively makes it illegal for individuals to use cryptocurrencies to buy products and services. The bill’s first draft, passed on June 7, read: Prohibiting the introduction of other monetary units or monetary surrogates in the Russian Federation.

On June 7, the Russian State Duma’s Aksakov introduced an amendment that bans the use of all security tokens, utility tokens, and non-fungible tokens (NFTs) as a payment method in the country.

On June 8, the Duma speaker gave his approval for the bill. On July 8, after additional changes and considerations, the upper chamber of Parliament, the Federation Council, approved it. Both chambers must pass all proposed legislation before being signed into law by Vladimir Putin.

According to RBC, members of the legislative body agreed that the current restriction, which has been in place since January 2021, was insufficient. This is because it only stops individuals and organizations from utilizing “payment tokens.” Putin’s legal decision puts at risk those who were desperate and turned to crypto for survival after the Russia-Ukraine conflict.

The new legislation is designed to prevent crypto payment restrictions from being worked around. Following harsh penalties levied against Russia for its actions in Ukraine, Reuters reported in May that the country’s central bank was considering allowing cryptocurrencies for international payments as part of global trade.

The Department of Commerce has successfully implemented sanctions. The majority of major exchanges have complied with US sanctions, freezing the accounts of persons connected to them. Binance has just closed the accounts of a handful of people with family ties to top Russian officials.

The complicated relationship between Russia and cryptocurrency

The Russian government has been debating the legality and use of cryptocurrencies for a long time. To put it another way, bitcoin has had a rocky history in Russia. The Russian government considers crypto to be a significant threat to Russian nationals and the country’s economic infrastructure.

In 2020, Russia initially proposed a ban on cryptocurrency payments. The Bank of Russia previously called for a worldwide ban on bitcoin usage and mining. However, the central bank reversed its position in May by acknowledging that it would not object to cryptocurrencies being used for international transactions.

On the other hand, Minister of Industry and Trade Denis Manturov has said that crypto payments would be legalized sooner or later in one form or another. The Russian government has also attracted attention since the start of the Ukraine conflict for its supposed utilization of cryptocurrencies to circumvent international financial sanctions.

According to the news reports, Russia is also developing systems that will detect participants in blockchain transactions. Blockchains like Bitcoin keep track of transactions on a public, unalterable ledger, but wallet holders’ identities are pseudonymous, making monitoring challenging.

Despite the fact that Moscow has been receptive to regulating blockchain assets, the Bank of Russia has previously stated a total ban on trading and mining, citing financial stability concerns. The central bank claimed in May that crypto’s threat to the Russian economy had lowered because banks in the country have plenty of foreign currency coming.

In any case, Putin’s recent amendment suggests that the country has no immediate intentions of loosening its cryptocurrency rules — at least for the time being. Two more bills concerning cryptocurrencies are currently under consideration in the Russian Parliament. One of them, which is still pending, will potentially govern crypto mining activities in the country, requiring miners to follow a specific procedure to establish as sole proprietors or self-employed businesses.

The second, titled “on digital currency,” addressed the needs of businesses dealing with digital asset transactions, such as licensing and transparency on risks and data privacy. The government is permitted to seize financial assets without the involvement or permission of crypto exchanges under the legislation. Furthermore, securities backed by cryptocurrencies and digital assets may be legally canceled without notifying investors.