Even though token prices have failed to reach the giddy heights of 2021, investment in the blockchain space is on course to break previous all-time highs and attain new levels in 2022. Barring a catastrophic event of the magnitude that led to the great recession of 2008, we are on course for another year of mass cash inflow into the blockchain space. We also expect more year-on-year growth in the future.

Speaking of recession-worthy catastrophic events, one significant piece of news broke that rocked the crypto market to its core last week. Of course, I’m talking about the failed LUNA experiment. I don’t expect any plaudits for breaking the news because your ears must have been full already, especially with conspiracy theories and rebuttals.

At this point, the facts have all been muddled up, but we know as much as we can verify on the blockchain. 100,000 BTC exchanged hands; 25,000 BTC were sold in exchange for UST, depleting the reserves and leading to the price of UST crashing. It affected the price of LUNA, the protocol’s speculative token, leading it to lose more than 99% of its value.

Whether it was a coordinated attack on one of the most prominent protocols in the blockchain space, or it was just an attempt to make quick cash that backfired royally, only time will tell. The only thing we can do now is to consider the implications of this event on the blockchain space and future.

Not Too Big to Fail

One does not have to go too far to draw parallels between the great recession and the LUNA/UST catastrophe. In both cases, the shot-callers felt confident in their economic permutations, scorning any contrary opinions asking them to pump the brakes. And in both cases, we saw the worst happen as prices plummeted, eating up investor funds and sending shockwaves throughout the market.

The only significant difference between both events is that one was the tipping point that led to a market-wide recession that the government had to get involved in salvaging. In LUNA’s case, no government is coming to save the blockchain industry.

In a space dominated by sensationalism and herd mentality, a dumpster fire like LUNA caught many investors and venture capitalists with their pants down. The list of bag holders is endless, and it’s not only VCs. Regular traders also got the raw end of the deal.

However, even though the market was already in a dip, the news sent it into a free fall, but somehow, we managed to avoid a recession.

DeFi projects are all about protocols, and at the top end of the spectrum, the stakes on these protocols delivering according to plan are pretty high. Sometimes, you just want to sit out the action in the safety of stability, and this implosion could not have happened at a worse time. With the market in dip, a stablecoin like UST would have been very handy.

Stablecoin smart contracts should keep coins stable, or things will go south very quickly. It just did not hold this time.

We are past pointing fingers with the LUNA/UST stablecoin protocol implosion because it’s futile at this point. However, we still have to know what we are up against because it’s our only way forward. Did the LUNA protocol have a back door that we somehow missed, or was this a massive security breach? Whatever the explanation, if we do one, good luck to anyone trying to give it a positive spin.

The implications are very obvious. These things don’t happen every day, and when they do, they send ripples throughout the blockchain space and even outside. When it happened, LUNA was the sixth-largest cryptocurrency by market capitalization. Imagine the sixth-largest bank in the world filed for bankruptcy on a regular Thursday and stopped honoring cheques because of the sudden depletion of its reserves.

Somehow, We Avoided a Recession

The bulls and bears are in a constant tussle for market dominance. The market swings wildly between both sentiments depending on general perception, investor bias, and market regulations. The market was already in a dip when the LUNA catastrophe struck, and it sent the market tumbling down the hill. However, we are lightyears away from a recession.

We have to be realistic here too. It could have been worse. The blockchain space will recover, and more funds will flow in to resolve the security issues that become apparent following this event. Blockchain technology has gained too much credibility to be cast away because of this one problem.

Hopefully, this is the worst we’ll ever see, but I’d bet against it. Although, this one should be a cautionary tale. We cannot throw transparency and accountability out of the window, even in DeFi.

Hopefully, LUNA recovers, and UST somehow gets back to its $1 peg, even if it looks like a pipe dream. We dodged a bullet there, but news like this cannot become the new norm. Investors will grow weary, and venture capitals will become more stringent in backing crypto projects. While stricter measures may not be a bad idea, less sexy innovations will likely have a harder time gaining support.

We are at a crossroads, and the next direction we head will affect the future of blockchain technology. Blockchain technology has already gained too much goodwill to be derailed by this one event. They just have to become fewer and further between. 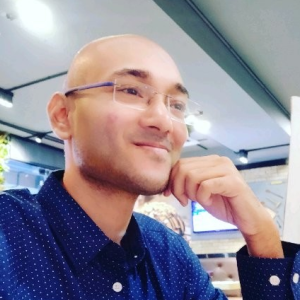