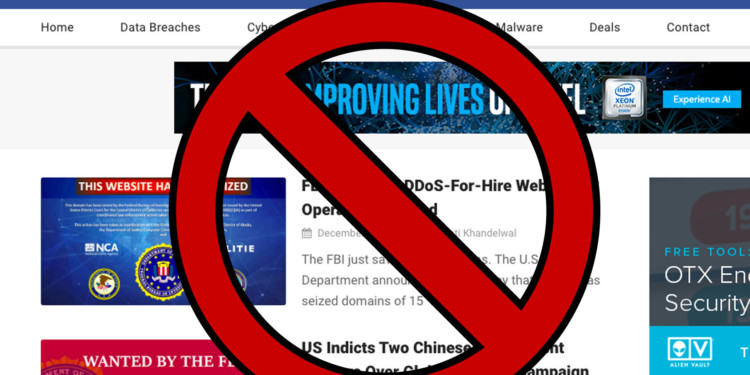 In a turn of events famous money service Paypal decided to block cyber news outlet The Hacker News out of its account. The outlet took Twitter to vent out.

The outlet explained to over five hundred thousand (500,000) Twitter followers that Paypal has not only blocked the media outlet but is holding – albeit as per Paypal policy – all their funds in Paypal account.

That's so much frustrating.@PayPal has permanently banned all of our accounts without mentioning any reason and hold wallet funds wrongly for 180 days.

Upon asking, @AskPayPal also refused to share any details.

Paypal as per policy holds the right to block any account without providing an explanation and hold the funds in the said account for up to one hundred and eighty (180) days.

Hacker News while venting out on Twitter also revealed that the officials at Paypal expressed their proprietary right to impose the block and ban without having to provide an explanation since it may be “insecure” for their own business. A Twitter user, however, did shed some light on the issue that the block and ban might have been initiated over the word “hacker” as the account holding entity.

While The Hacker News is still blocked out of an undisclosed amount users started suggesting that the outlet was actually playing slower than a cyber-related entity is supposedly expected. Users and experts raised questions as to why the platform is using Paypal instead of crypto currency.

Almost all major suggestion and criticism directed towards the media outlet either suggested a prompt shift of finances on to Bitcoin or deemed the outlet dumb for not having shifted to cryptocurrency solutions in the first place.

Paypal, on the other hand, has remained silent on the matter despite the small roar media outlet is creating through its social media presence.