Paxful fraud is keeping Nigerian users from millions in funds 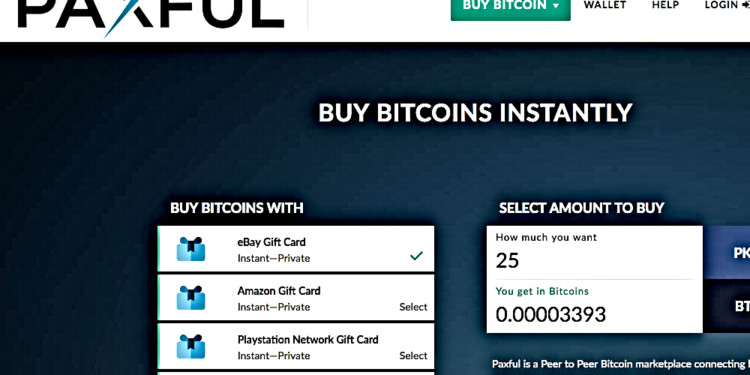 According to recent reports, thousands of crypto-currency lenders and tradesmen lost their accessibility to millions of dollars in Nigeria. Paxful – an Estonian leading crypto-currency service provider company is found liable for broad treachery, allegedly suspending numerous accounts of many users especially Nigerians. Users from Nigeria are excluded from their online money with no clue of the key to their money.

Paxful is one of the most often and expansively used organization in the African continent. The company has reportedly built multiple schools, with a goal line to build up more in the future.

In addition, the firm also generated a scholarship worth $15,000 for female Afghan students in the US to sponsor their education. The organization has presumably taken proper action to create a blockchain Centre in an important Nigerian city as well.

United Resolve for Global Peace – an NGO has filed a petition to the Economic and Financial Crimes Commission. The NGO has accused Paxful of being a scam organization. The commission has confirmed the acknowledgment of the petition and has shown a keen interest in launching an investigation regarding locked funds and deactivated accounts.

In response to massive criticism on the blockade of Nigerian users on multiple media platforms, Paxful used its Twitter handle to answer back to the criticism. The official Paxful twitter account tweeted that ‘at Paxful, our goal is to provide a safe and secure online currency trading platform for all—for this purpose we have our Terms of Service. These are simple guidelines created exclusively for everyone’s well-being, whether it’s your crypto, your wallet or every trade our customers do on our platform’

Youssef, the founder of Paxful has taken a firm stand on Twitter; he insisted that mal-practices and fraudulent behavior from Paxful users is the root cause of the issue. Additionally, in his interview to media, he communicated his reservations apropos the status of the organization filing the petition in the first place i.e. United Resolve for Global Peace. He affirmed his uncertainties stating that the exact nature of the ‘NGO’ is unknown.

The company’s official Twitter account has taken a more impartial stance and has asserted that the banning of accounts has been carried out for good reasons only.

Cryptocurrency is not recognized by the central bank of Nigeria. Last year, the Nigeria Deposit Insurance Corporation (NDIC) warned its nationals against the use of cryptocurrencies, asserting that the assets are not NDIC insured.