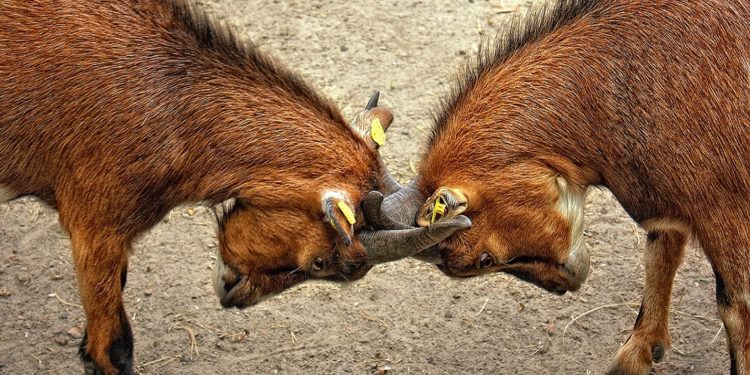 The saga between the two founders of Bitmain, which eventually resulted in the dismissal of the other, Micree Zhan, is being revived again. Zhan, who was ousted sometime last year, has aggressively returned to take back the Beijing-based office of the bitcoin ASIC chipmaker.

Following a video clip from BlockBeatsChina tweeted on Thursday by Dovey Wan, the founding partner at Primitive Ventures, the ousted Bitmain co-founder stormed the office with about 12 personal guards. They forcefully broke into the office, trying to regain control of the Beijing subsidiary.

😂😂😂OH MAN the #BitMainDrama this video is verified by @BlockBeatsChina

Micree today led a team of private guards crashed Bitmain Beijing office … they broke in by brute force and tried to take back the control (after Jihan’s initial coup and series of outrageous behavior) pic.twitter.com/wkpKJ8Nr8H

As per BlockBeats, the ousted Bitmain co-founder issued a letter earlier today, informing the company’s workers and shareholders that he has returned to take back control of the Beijing-based office. He went further to encourage all the workers to resume their work.

Concerning the recent issue that broke off between the two founders of the company, Micree Zhan, the ousted Bitmain co-founder, offered apologies for the recent issues. He promised to progress the company to an IPO, coupled with an expectation of raising Bitmain’s worth to about $50 million in the next five years.

However, according to the official Weibo account of Bitmain, the company is still saying that the Zhan has been dismissed from lawfully representing the Beijing-based subsidiary of the company, which is behind the Antminer brand.

The problem between Jihan Wu, the current CEO of Bitmain, and Micree Zhan dates back to 2019, reportedly in October. The whole issue boils down to an internal disagreement with the ousted Bitmain co-founder, concerning the company’s future business direction.

After a long dispute, the CEO ordered the company’s staff not to receive any directive from Zhan, or to attend any business gathering organized by him. Jihan threatened to terminate the workers’ contracts upon violation of his order.