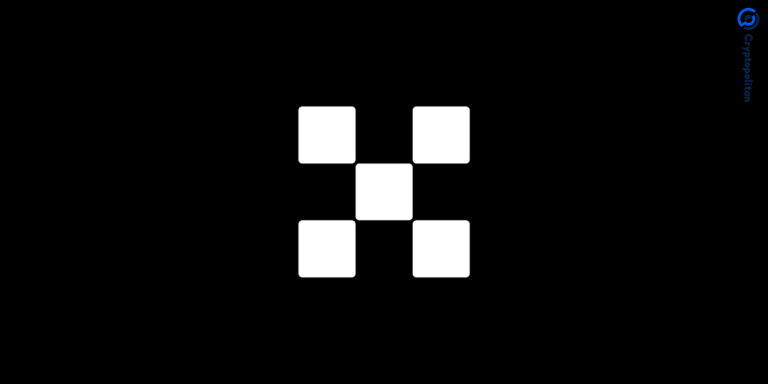 On December 18, the OKX cryptocurrency exchange had service delays when key infrastructure supplier Alibaba Cloud disclosed a hardware failure at one of its data centers in Hong Kong.

There is currently an intermittent connection error with our cloud provider which is affecting the user experience. Our dev team is resolving it with them. Funds are safe. Sorry for any inconvenience caused.

The Alibaba Cloud Hong Kong IDC Zone C server was down. According to the information provided on its website, the server located in Hong Kong (China) offers three availability zones, all of which have been operating since 2014. As can be seen in the following notice, the cloud service provider has acknowledged the outage officially.

Due to this, OKX exchange was rendered inaccessible for a maximum of seven hours in total. In the meanwhile, throughout these seven hours, any and all transactions were halted.

Users who were in the middle of carrying out their transactions experienced an abrupt halt in such operations. The users did report feeling really uncomfortable as a result of this.

In addition, many people were concerned that their recent financial dealings, which had abruptly ceased, had been for nothing. On the other hand, the team from OKX exchange has guaranteed that none of the cash has been stolen and that there have been no losses.

Following further inspection when the problems were resolved, it was discovered that the total amount of money that was exchanged was $0.

OKX announced simultaneously that it was reporting the interruption in service, that it is collaborating with Alibaba Cloud to find a solution to the problems. The message continued by expressing regret for any difficulties this may have created.

Eventually, the server was brought back up, and the OKX exchange operations were restarted. Alibaba Cloud has not provided any more information or replies regarding these happenings.

What has been going on with OKX lately

In related developments, the previous holder of the title of the wealthiest man on earth and the current owner of Twitter has suddenly begun following the official Twitter account for OKX.

This is particularly significant given that Elon Musk only follows 151 accounts on Twitter, which is a rather small number.

His own enterprises, like as Tesla, Neuralink, and The Boring Company, are included in this list of accounts.

Nevertheless, he also follows public figures such as the President of France, Emmanuel Macron, as well as the Chief Executive Officer of Apple, Tim Cook, the podcaster Lex Friedman, and the official account for South Park.

Within the realm of cryptocurrency, Musk exclusively follows the authoritative account maintained by Dogecoin and its creator, Billy Markus, also known as Shibetoshi Nakamoto.

Aside from that, the CEO of Twitter does not monitor any accounts that are linked to cryptocurrencies.

OKX is a cryptocurrency exchange and derivatives platform that was established in Seychelles by Star Xu. Previously, the company operated under the name OKEx.

It began operations in 2017 and is a subsidiary of Ok Group, which also controls the cryptocurrency trading platform KuCoin. Interestingly though, OKX is not open for business to investors that are headquartered in the United States.

It is incredible that Elon Musk, CEO of Tesla, is suddenly following the cryptocurrency exchange OKX while he does not even follow Binance or Changpeng Zhao, CEO of Binance.

One of Twitter’s biggest supporters is Binance, which is presently the biggest cryptocurrency exchange in the world. Binance contributed $500 million to assist Elon Musk to acquire the firm.