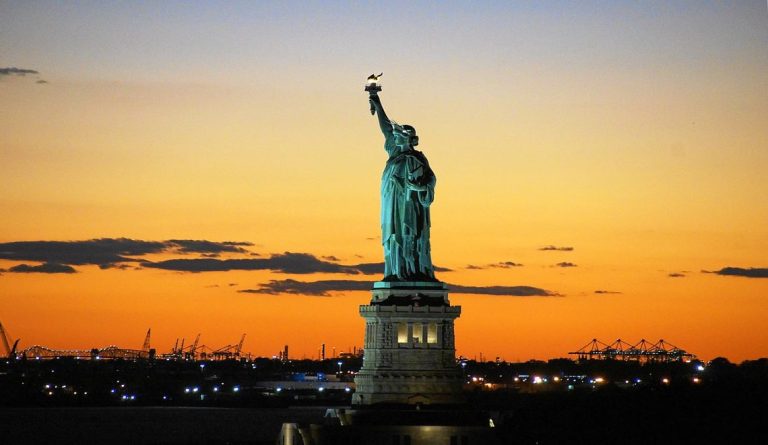 It’s a sad day for the cryptocurrency community. According to reports, the New York State Legislature on Friday 3 June 2022 passed a bill to prevent new permits for certain fossil fuel power plants from being used in Bitcoin mining. In more detail, the New York State Senate has passed a contentious proof-of-work (PoW) mining ban bill that would prohibit any new Bitcoin (BTC) mining operations in the state.

The New York state legislature has passed a bill to ban certain bitcoin mining operations that run on carbon-based power sources, according to media reports. Many of New York’s senators changed their minds from undecided to in favor of the measure following an early morning vote in Albany on Friday. The bill now goes to New York Governor Kathy Hochul, who will either sign it into law or reject it.

Lawmakers supporting the bill say they want to reduce New York’s carbon footprint by restricting mines that use electricity from power plants that burn fossil fuels. If it is implemented — for two years unless a proof-of-work mining firm uses 100% renewable energy, it will not be permitted to grow or renew permits, and new entrants will not be allowed to enter the market.

The state assembly passed the PoW mining ban bill in April. The legislation is currently going through the governor’s office, which if given approval, will make New York the first state in the United States to institute a moratorium on cryptocurrency mining. The measure also includes an examination of the environmental effect that crypto mines have in New York state. The Senate passed the legislation 36-27, with one abstention.

The Proof of Work (PoW) mining consensus is primarily utilized by Bitcoin miners, who regard it as one of the safest and most decentralized ways to mine. However, because it necessitates an enormous amount of power, this method is controversial.

The bill, if passed, would not only prohibit new mining operations but also deny the renewal of existing licenses to those who are currently operating in the state. A new PoW mining operation in the state would be able to operate only if it utilized 100 percent renewable energy.

The mining consensus algorithm used by Bitcoin has been one of the most contentious topics among policymakers, environmentalists, and billionaires’ lobbies supporting proof-of-stake mining consensus, which is far less energy-intensive. Ripple co-founder Chris Larsen and Greenpeace have been lobbying for a change to Bitcoin’s code.

Policymakers frequently concentrate on the high energy consumption of Bitcoin miners while neglecting to account for the fact that a substantial portion of this energy comes from renewable resources, especially in New York, where 50% of the electricity is generated from green sources.

Last year, when the cryptocurrency market was at its peak, criticism of PoW mining reached a crescendo. However, according to a MicroStrategy-led Bitcoin mining council report published at the end of last year, more than 60% of the electricity used by the BTC network comes from clean sources.

According to industry insiders, the decision of the New York State Senate could have a domino effect across the United States, which is currently leading in the worldwide bitcoin mining sector and accounting for 38 percent of the planet’s miners.

According to experts, this would result in a negative economic impact by forcing firms to relocate. According to other miners, there are plenty of friendlier states: Georgia, North Carolina, North Dakota, Texas, and Wyoming have all emerged as major mining locations.

The Chamber of Digital Commerce’s Perianne Boring said in an interview with CNBC:

This is a significant setback for the state and will stifle its future as a leader in technology and global financial services. More importantly, this decision will eliminate critical union jobs and further disenfranchise financial access to the many underbanked populations living in the Empire State.

The sentiment has been echoed by crypto experts and market commentators, who argue that New York is establishing a bad example for other states to follow. As for the timing, the law would come into force as soon as the governor signs it.

If the governor signs the crypto mining moratorium into legislation, it will have a number of ramifications. Because New York is a pioneer when it comes to state lawmaking, there’s also a chance for a copycat effect that would spread across the country. Many people in the sector, on the other hand, believe that worries over a mining moratorium in New York State are exaggerated.

Industry supporters claim that each of these facilities has a significant impact on the local economy, with many construction workers, electricians, and engineers employed by nearby companies. According to specialists, a mass exodus of crypto miners might result in employment and tax dollars leaving the state.

Veteran bitcoin miners such as Core Scientific co-founder Darin Feinstein believe the sector is well aware that New York is generally hostile to the crypto mining industry. Meanwhile, the Biden Administration is developing its own policy aimed at reducing energy usage and emissions.