NASDAQ Reportedly Gearing Up to Trade Cryptos on the Exchange Soon 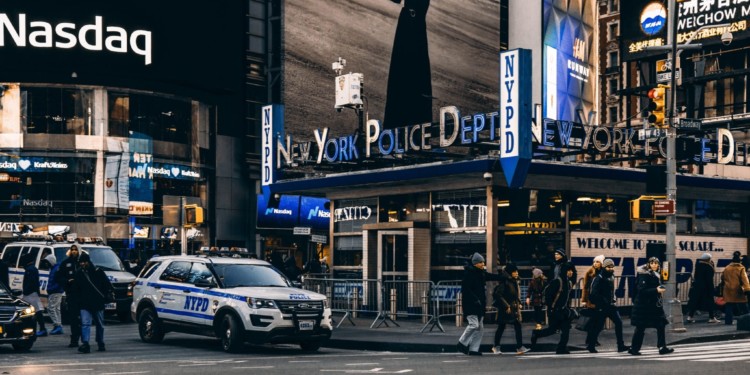 The NASDAQ, the second largest stock exchange in terms of market capitalization,  is said to be preparing to create a pathway for cryptos to be listed and traded on the exchange, this is according to a report from theicojournal.com on Aug 29.

Although there are not many details about the rumor yet, the website said that their trusted source from NASDAQ provides them information about the plan on cryptocurrencies like Bitcoin and Ethereum being listed on the NASDAQ exchange.

In a note passed on to theicojournal.com, the source allegedly stated :

“The conversation around listing coins has centered on how they will be classified from a regulatory standpoint. As you can imagine, our leadership is closely connected to the rumbling at the SEC and CFTC around cryptos and what is expected over the next 3-6 months. Even with the longest of time frames assumed, some guidance will be provided and I expect we will act quickly. The framework (two different sets of the framework based on two different regulatory outcomes) has already been laid to create a separate silo for coin listings and a robust trading apparatus. Doing the math here, look for regulatory bodies to provide guidance in Q1 of 2019, and an announcement and a ‘coin exchange’ to either be announced or launched in Q2 of 2019.”

Back in July 2018, Bloomberg released a report about NASDAQ hosting a meeting with representatives from about a dozen companies, including those from the cryptocurrency markets like Gemini.  The purpose of this event, their resource person said, was to encourage the industry to work on improving the exchange’s image and affirm its part in the global markets.

Adena Friedman, NASDAQ CEO has expressed her views on the need for cryptocurrency regulations.  They have now partnered with some of the exchanges to help fix some of the issues.

“I do believe that over time we’re going to find that there is really utility” in cryptocurrencies, Friedman told  Bloomberg during the event last June of this year.

NASDAQ also said that it is providing the technology to five of crypto exchanges which includes Gemini and SBI Virtual Currencies.  The other three exchanges were not revealed.