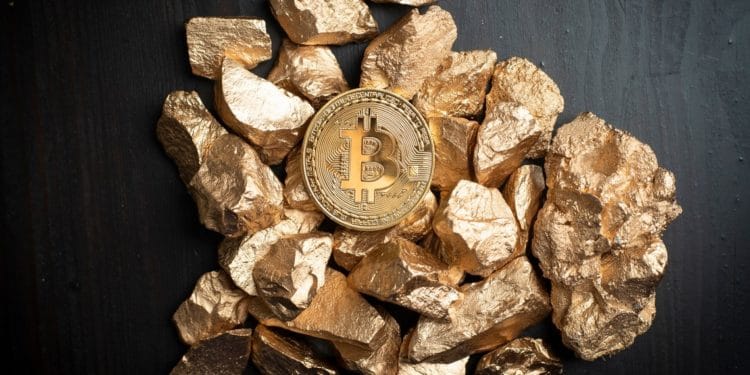 Morgan Creek CEO Bitcoin comments are surprisingly in line with what most BTC bulls are reiterating these days. Mark Yusko, the chief executive officer of Morgan Creek, has said that Bitcoin at $100,000 is a realistic possibility.

Morgan Creek is a well-established capital management firm overseeing millions of dollars of client investments. What’s surprising is that he foresees Bitcoin at $100,000 by early next year – that amounts to almost 10 times the current BTC valuation.

Speaking about the 1,000 percent gain in less than one year, Yusko said that such a valuation is possible provided Bitcoin market cap matches that of gold. The comments were made by Yusko during an interview with Altcoin Buzz. The latest comments put Yusko in the league of PlanB and Mike Novogratz – both of whom have predicted highly bullish scenarios for Bitcoin in the coming years.

By predicting a highly bullish case for bitcoin at $100,000, Mark Yusko has joined the ranks of many eternal BTC bulls. He adds that the transfer of wealth from traditional assets to Bitcoin would be the biggest wealth creation stories he will ever witness in his lifetime.

The Bitcoin has made an impressive recovery from its March lows of $3,600. The upcoming halving is fuelling more buying as investors are looking to buy BTC before the blocks are halved. The smooth recovery in BTC price despite rising coronavirus threats has shown the resilience of Bitcoin.

The impressive show put up by Bitcoin amidst the COVID-19 threat has put it in the category of safe-haven assets. Yusko said that the March market collapse was not only due to the virus. The markets were already on edge due to the uncertain economic scenario, and COVID-19 was the pin-prick. The virus acted as a catalyst, and the whole market turned upside down. The conventional financial bubble burst prompting Morgan Creek CEO Bitcoin prediction.

Comparing gold to Bitcoin, Yusko added that Bitcoin has the potential to reach even higher price points in the future. He sees BTC touching as high as $400,000 in the coming few years. Halving will further limit the supply of BTC and raise its status as a value storehouse.

When the market cap of Gold and Bitcoin are equal, then BTC could touch $400,000 in value. Yusko expects this price point to be a reality in the next 7-10 years, taking into account the number of lost BTC. Nonetheless, Morgan Creek CEO Bitcoin comment is just in line with what most BTC analysts are predicting – a highly bullish BTC scene in the next few years.