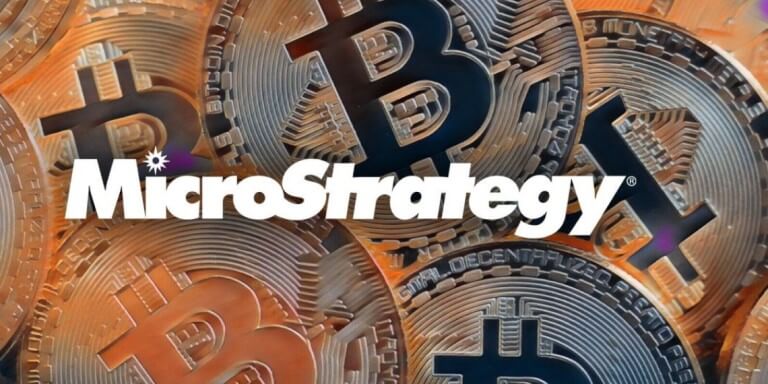 On Wednesday, American software company MicroStrategy revealed that, for the first time, it sold some of its Bitcoin reserves on December 22. However, this does not mean they are wavering in their commitment to Bitcoin or ceasing to be bullish, as co-founder Michael Saylor is still fully supporting. Since that sale took place, the company has purchased even more BTC.

The move demonstrates the company’s unwavering commitment to cryptocurrency and its dedication to expanding its digital asset portfolio.

On December 22, MicroStrategy revealed in a SEC filing that it had sold 704 BTC for approximately $11.8 million—a measure of tax efficiency, considering the cryptocurrency’s value had diminished since 2020 when it first began buying Bitcoin.

MicroStrategy is leveraging federal income tax laws to its advantage by utilizing the capital losses resulting from this transaction and applying them against previous capital gains. However, this may generate a significant tax benefit that could save the company money.

On December 24, the company made an astonishing pivot and purchased 810 BTC for a staggering $13.6 million. Again, this was in addition to 2,395 Bitcoins obtained between November 1 and December 21 – totaling an excellent investment of $42.8 million into Bitcoin over the last month alone. Because of this added purchase, the company has acquired around 2,500 BTC since its venture began.

After the recent additions, the firm owns an estimated 132,500 BTC with a total value of more than $2.2 billion, according to CoinGecko’s current Bitcoin price of around $16,735 per coin.

Even though MicroStrategy’s crypto investments are currently in a deficit, it has continued to accumulate Bitcoin. According to the firm, about $4.03 billion have been spent thus far on BTC at an average price of $30,397 per coin.

Michael Saylor, an advocate of Bitcoin, co-founded MicroStrategy in 1989 and served as its CEO until recently. To dedicate himself entirely to the company’s cryptocurrency acquisition policy, he decided to step down from his role and transition into executive chairman, with Phong Le taking over as president and CEO. This move was expected to improve MicroStrategy’s Bitcoin investment plans significantly.

On the heels of Michael Saylor’s role change in late August, Attorney General Karl Racine from Washington D.C. declared that he had filed civil complaints against both MicroStrategy and Saylor for supposed tax evasion. The attorney general stated that the company aided its creator in bypassing taxes on hundreds of millions of dollars earned during his stay in D.C., which is illegal under local regulations.

Saylor and MicroStrategy have contested the charges, with a company representative stating that the attorney general’s accusations are “erroneous,” and they intend to defend themselves vigorously against this advance.

In September, MicroStrategy announced its aim to sell up to $500 million worth of Class A company stock to finance additional Bitcoin purchases. Per their SEC filing today, the firm has sold around $46.4 million worth of shares as part of this objective.

According to CoinGecko, no public company owns more Bitcoin than MicroStrategy. Marathon Digital follows as a close second with 10,000 BTC, and Coinbase trails far behind in third place at 9,000 BTC. MicroStrategy leads the pack regarding corporate ownership of this valuable cryptocurrency.