• LUNA has an unstable scheme with TerraUSD.
• The token lost over 81% of its value which brought huge drops in UST.

The LUNA price dropped by 81% and affected TerraUSD from its equality with the dollar. Bitcoin had plunged 54% during the last deep groove, while Ethereum also suffered a 60.6% drop with the other altcoins down almost 90% in their value.

Amid this conflict, the Terra cryptocurrency and LUNA token lost around 81.3% of their value. This cryptocurrency in March reached its all-time high of $22.36. The token has lost most of its bullish impetus that climbed exponentially in 2021.

LUNA’s price today is at $6.56 and capitalizes above $2.58 billion. Although the drop in the cryptocurrency price was gigantic, this does not prevent it from recovering little by little. This huge drop in the token price also caused its algorithmic coin UST to crash.

Then on the 23rd of May, LUNA dropped again, and the UST plummeted to $0.919 without regaining its initial parity. Since the cryptocurrency lost its equality on Sunday, UST struggled to rebound and held its $0.974 price. Afterward, the token rose to $1.01, according to figures by CoinGecko.

The cryptocurrency has a good future ahead

TerraUST is worth over $2 million today. Ariah Klages-Mundt, a DeFi developer, comments that TerraUST could fall due to a bank run effect. The cryptocurrency has an endogenous backing from Luna, but this token is in decline.

The token brought many benefits for investors, but this has all changed with the crypto crash.

Although UST did not lose 50% of its value, it is meant to be a fixed currency adopted and used by people, not a cryptocurrency with understandable volatility. With this loss, many people distrusted the scheme that the token as it could technically affect everyone.

While things will be good for fixed coins, which are traded efficiently, it does not have a reliable backing. This scheme can easily fall apart, attracting huge losses for investors in and out of crypto. Nevin Freeman shares the thought that TerraUST with the backup token does not have enough backing to function adequately.

Throughout this conflict, the Torchain company tweeted that Terra is undergoing stress tests, which is why it is lost. 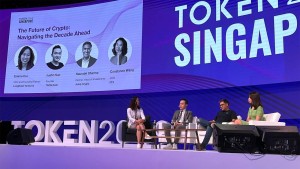