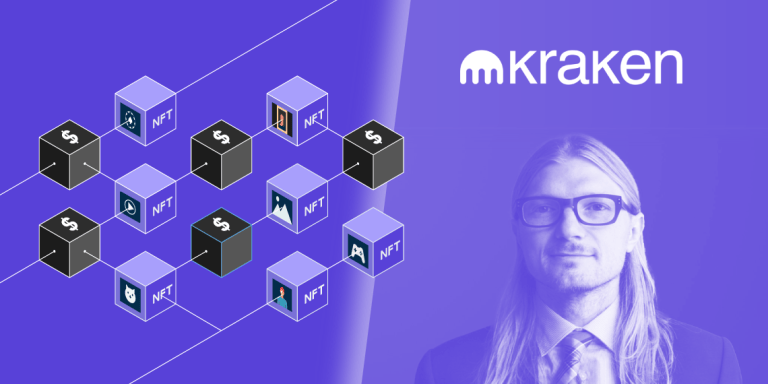 The CEO and Founder of leading cryptocurrency exchange Kraken, Jesse Powell, has disclosed plans to create an NFT marketplace that would offer custodial services to its customers, following a Bloomberg report today.

It is noteworthy that the concept of non-fungible tokens has found its way to the heart of many enthusiasts in recent months. Hence, it has gained the most of its recognition and adoption this year. With concerns to further enhance the industry, experts are making new developments towards NFTs.

In a bid to extend its services to NFT users, Jesse Powell says the Kraken team is building a non-fungible token marketplace that would serve customers beyond providing them with digital arts.

Users can collaterize NFTs to borrow funds via Kraken

Per the announcement, the Kraken NFT marketplace will adopt a model that allows customers to use their NFTs as collateral to borrow funds on the platform. Jesse Powell explained this saying;

If you deposit a CryptoPunk on Kraken, we want to be able to reflect the value of that in your account. And if you want to borrow funds against that.

Hence, the exchange will not only feature a marketplace that offers custodial services for NFT holders, but it would also provide an avenue for users to borrow against their Cryptopunks.

Powell predicts an evolving use cases for NFTs

The founder’s concern to build an NFT marketplace that would feature liquidation services for its users is birthed from his predictions that the use cases for non-fungible tokens will grow in 2022.

It also served as a way for people to become wealthy through their ventures into cryptocurrencies to show off a costly Twitter profile picture. With all of these happening in 2021, there are tendencies that the use cases for non-fungible tokens will grow next year.

Powell expressed his opinion on the matter, saying that phase one was speculation, phase two is buying art and supporting artists, phase three is going to be practical uses of NFTs. Using deposited NFTs as collateral on Kraken could be one of those uses.

From where we’re looking, projects offer several benefits to owning and transacting their NFTs. These use cases are beneficial to the community and the overall project. These projects vary in creativity, limited by the ecosystem and technology by each founder.

The introduction to cryptocurrency has been through NFTs for retail investors to corporate brands. Amazingly, the same people who aren’t interested a bit in Bitcoin are now interested in NFTs. The right combination of events, similar to NBA Top Shots, got people talking about tagging parts of the Bitcoin blockchain with metadata.

Samuel is a passionate writer and a crypto enthusiasts with so much interest to keep learning about new developments.