Kevin O’Leary says Binance is responsible for the FTX crash 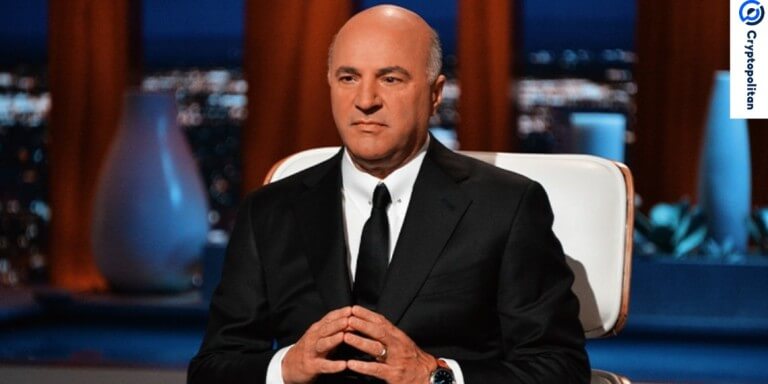 Kevin O’Leary, who is an investor in FTX and a CNBC contributor, testified in front of the Senate hearing that took place today, and he had quite a few things to say.

The American investor claims, unequivocally, that Binance and FTX were at war with each other and that Binance purposely pushed FTX out of business in a video that can be watched below.

O’Leary continued by claiming that Binance has become a giant unregulated worldwide monopoly and reiterating his earlier statement that “they put FTX out of business.”

The CNBC contributor was FTX’s former spokesperson, and the company’s demise ended up costing him more than $10 million. Despite the fact that, for unclear reasons, he continues to be an ardent advocate of the failed business.

We need to get to the bottom of what happened at FTX, but we can’t let its collapse cause us to abandon the great promise and potential of crypto.

Only a few days ago, the CEO and founder of Binance, Changpeng Zhao “CZ,” called out the investor for continuing to defend Sam Bankman-Fried despite all that has happened.

CZ chastised him in public and told him that the only people he could blame for what happened to FTX were himself and his buddy Sam.

According to O’Leary, he had a conversation with Sam Bankman-Fried after the company filed for bankruptcy, and Bankman-Fried told him that a significant chunk of the missing money was used to purchase back FTX shares from CZ.

It is interesting to note that O’Leary’s testimony sounded strikingly similar to that of SBF, and isn’t it just convenient that O’Leary excluded any reference to the allegedly fraudulent business practices and misappropriation of billions of dollars in client cash that resulted in eight federal criminal charges being brought against his friend this week.

O’Leary was among a number of celebrities, including Tom Brady and Larry David, who were sued by FTX investors for their advocacy of the company.

These investors claimed that the celebrities misrepresented the risks associated with investing in FTX. O’Leary has  said that he invested around $9.7 million in cryptocurrencies and bought FTX shares with the remaining $1 million from the $15 million paycheck he got from FTX.

SBF was not at the hearing; why?

Sam Bankman-Fried, the creator of FTX, was taken into custody on December 13 on allegations that he deceived investors and improperly handled billions of dollars in cash.

It has been alleged that he engaged in fraudulent activity with client monies that had been placed with FTX in order to further the interests of his cryptocurrency hedge fund, Alameda Research.

The court decided not to release SBF on bail this morning following the trial. The disgraced crypto figure was scheduled to appear at the hearing today as well; but, as a result of the arrest, that couldn’t take place.

Some people think that he was detained because he was planning to expose and disgrace influential politicians and major actors in the cryptocurrency sector, but this is obviously just a conspiracy theory at this point in time.

The attorney general and minister of legal affairs of the Bahamas, Ryan Pinder, issued a statement on Monday saying that his office has been informed that the United States is likely to seek SBF’s extradition.

His legal team had previously said before the Bahamas Magistrate Court that they will oppose their client’s extradition to the United States.