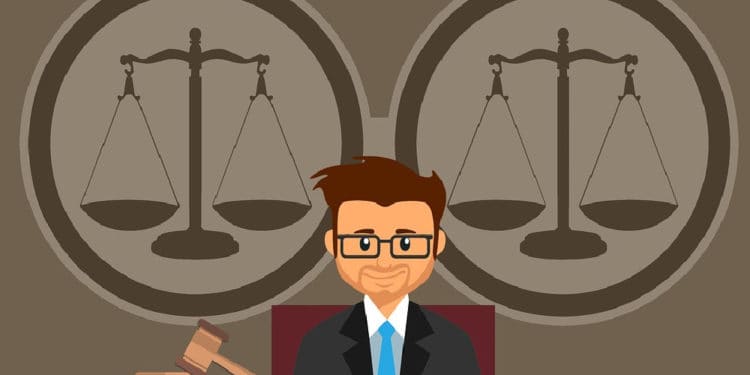 A Texas federal judge has issued bench warrants for the arrest of a former state senator and his partner for being involved in a crypto scam. The two men, David Schmidt and Robert Dunlap, have been involved with alleged crypto scam Meta 1 Coin and failed to appear for a court hearing. They failed to appear even when the court proceedings were shifted to video conference due to the ongoing pandemic.

Meanwhile, the third defendant, Nicole Bowdler, was given a final opportunity to comply by April 24.

In March, the US Securities and Exchange Commission revealed that it had obtained emergency relief, including an asset freeze to stop a securities fraud project. The US watchdog froze the project’s assets on March 16 and charged the operators David Schmidt, Robert Dunlap, and Nicole Bowdler with fraud.

Despite that, Schmidt and Dunlap did not stop and continued to tout Meta 1. The three defendants had allegedly raised over 4.3 million dollars and were continuing to sell the tokens.

judge Pitman chose an arrest warning over a fine for Schmidt and Dunlap, citing that the latter would “neither be especially burdensome nor particularly effective.” It was stated that once incarcerated, Dunlap and Schmidt will become unable to continue Meta 1’s operations, promote it, or contact their investors.

The project was established in 2018 by Robert Dunlap and Nicole Bowdler, while former Washington state senator David Schmidt joined later that year as a board member.

SEC’s complaint argued that the project made numerous false claims and misleading statements to investors. These include the claim that Meta 1 Coin was backed by a $1 billion art collection or $2 billion of gold holdings.