Is it time to withdraw funds from FTX? 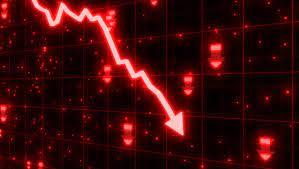 In May 2022, Terra Luna crashed enormously and took over 2 billion dollars from the market. That shakes the whole crypto market, to date the effects of that crash are roaming in the crypto market. Now people are fearing another crash and this time, the target is FTX. The rumors were spreading for the last few months however they gain movement when Binance CEO tweeted about liquidating FTT tokens.

Contents hide
1 Binance and FTX
2 FTX is on the verge of collapse
2.1 Outflow from FTX
3 Should you withdraw your funds?

Binance’s CEO claims that they are going to liquate any remaining FTT tokens, because of the “recent revelations that have came [sic] to light,” this news crashed the already weak price and FTT went down by 9.4% on the date of this announcement.

In a Twitter thread, CZ wrote that they taking this step to minimize the impact of the market rather than weakening the competitors. He writes that Binance believes in full collaboration between market players and does not encourage any speculations regarding any platform. However, any platform that fails publicly hurts every user and other platforms, that is why they are ending their long-term holding of FTT tokens.

Caroline Ellison, CEO of Almeda Research, replied to CZ on his post that Almeda Research would be happy to buy all those assets that Binance is willing to sell if CZ is really looking to minimize market impact.

In another tweet, CZ said at liquidating the FTT tokens is a precaution. We have learned from the LUNA crash and would not make any unnecessary mistakes. Additionally, he mocked the platform by saying that “We are not against anyone. But we won’t support people who lobby against other industry players behind their backs.”

FTX is on the verge of collapse

Most crypto analysts think that the plateform is on the verge of collapse and the concertation of tokens with few addresses would be one of the top reasons for this collapse. CrytpoCred, a top crypto Twitter account, revealed that “FTT ownership is highly concentrated, with 93% of the total tokens held by only 10 addresses.”

The outflow from FTX is far better than the inflow to FTX and that is the most worrisome part of all. A data analyst’s Twitter account, @theData_Nerd revealed that the outflow from FTX is the largest among all exchanges in the last seven days. From $300 million it came down to $261 million. However, there is some inflow of stablecoin as well from Alameda Research to make things better. FTX receives $257 million in 24 hours.

Additionally, a month ago Three Arrows Capital withdrew funds from FTX. Many speculate that the company already knew about the ultimate result of the FTX.

Not only has this but in the last few hours, FTX has seen so many transfers. This can be very vital for the future of this platform. Following is the snapshot is taken from etherscan which shows withdrawal from FTX to other platforms in the last few minutes.

Should you withdraw your funds?

If you have made up your mind to transfer all your funds from FTX then you should wait a bit. This is not the right time to do so. The Creator of BitboyCrypto.com, Ben Armstrong believes that this is not the end of FTX. He tweeted that he is not going to tell people to withdraw their funds, people should do whatever they want to do with their funds.

He further added that he does not believe that FTX will harm customers because in December it “will complete the Voyager deal and be fine again. Certainly don’t want customers losing money on another exchange even if it harms SBF’s reputation more.”

So you should take all these things into consideration before making up your mind about the withdrawal of funds.