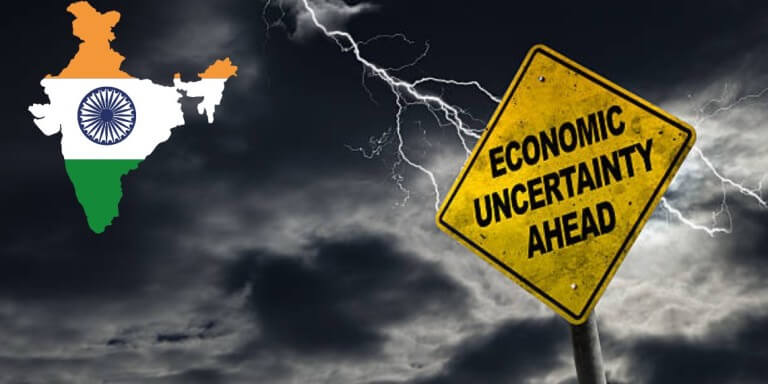 As the crypto industry continues to expand despite sporadic hiccups, not everyone is on board with the emerging asset class. Governor of India’s central bank, Shaktikanta Das, has forecast that “private cryptocurrencies” will cause the next financial crisis. In addition, when addressing the Business Standard BFSI Insight Summit on Wednesday, Das demanded that these cryptocurrencies be completely banned and not regulated.

The Indian central bank, which is well-known for its opposition to private cryptocurrencies, has once again reaffirmed its position. Shaktikanta Das, speaking at the Business Standard BFSI Summit, stated:

It is 100% speculative activity, and I would still hold the view that it should be prohibited because if it is allowed to grow, please mark my words, the next financial crisis will come from private cryptocurrencies. They have no underlying value. They have huge inherent risks for our macroeconomic and financial stability. I am yet to hear any credible argument about what public good or what public purpose it serves.

In addition, the head of India’s central bank stated that the crypto developers “don’t believe in the central bank currency, regulated financial world, and all they want to do is bypass and beat the system.” While at it, the Chief quoted the collapse of the crypto trading platform FTX as an example of this threat.

The governor of the Reserve Bank of India (RBI) has previously stated that cryptocurrencies should be banned. These remarks are significant since the nation now holds the presidency of the Group of 20 (G-20), giving it the ability to define the agenda.

Finance Minister Nirmala Sitharaman of India stated that crypto asset regulation should be a global priority and will be a major topic of discussion during India’s G-20 chairmanship.

Countries have been taking different views. I don’t think we need to say anything more about our stand after the developments over the last one year, including the latest episode around FTX.

The official stated that the allegations stem from the inherent hazards of the asset. According to him, the dangers linked with cryptocurrencies pose a threat to financial and macroeconomic stability, compelling the central bank to maintain its current position.

Four banks in four locations began the Indian digital rupee retail experiment on December 1. India already has an efficient peer-to-peer fast money transfer mechanism in the form of the Unified Payments Interface. Therefore the RBI governor was questioned about the launch’s utility (UPI).

Das noted that whereas UPI is a centralized banking-based payment mechanism, CBDC is its own currency. The RBI head stated, “CBDC is like currency notes. You go to the bank, you draw it, you keep it in your purse, and you spend it.”

The governor asserted that the production of physical currency will become obsolete in the near future and that CBDCs will have the logistical advantage of being more accessible and speedier while promoting the digital rupee as the future currency.

According to Das, the CBDC will also include ‘auto sweep-in’ and ‘auto sweep-out’ features, allowing users to transfer funds into and out of their CBDC wallets automatically.

In the meantime, crypto firms operating in India have criticized the RBI’s plan to replace digital assets with a CBDC as comparing apples and oranges. In addition, they stated that the published concept note reveals the central bank’s restricted, conservative, and old-fashioned perspective on cryptocurrencies.

In November, the CEO and Executive Director of the crypto hedge fund ARK36, Anto Paroian, criticized the Indian government for viewing crypto as “more of a threat than an opportunity” when it might provide the unbanked people with improved access to financial services.

Interestingly, despite the agencies’ negative position on private cryptocurrency, the asset class continues to be a source of government revenue. According to a statement made by the finance ministry to the parliament, the Government of India reportedly received approximately $7.3 million in tax deducted at source (TDS) from the trade of crypto assets.

Notably, the administration initiated the tax system in the current fiscal year.

Recently, the Minister of State for the Ministry of Finance, Pankaj Chaudhary, announced that the Directorate of Enforcement (ED) is investigating multiple instances of cryptocurrency fraud and money laundering. According to local media, his statement shows that approximately $109.6 million were attached or confiscated in this category as of December. Additionally, the official stated that three individuals have been arrested in connection with the crimes mentioned earlier.

However, regulatory clarity in the form of a crypto law is still lacking. In a statement to Parliament this week, however, the finance ministry clarified that it is subject to international coordination.