Huobi Global sells out to About Capital – Here are the details 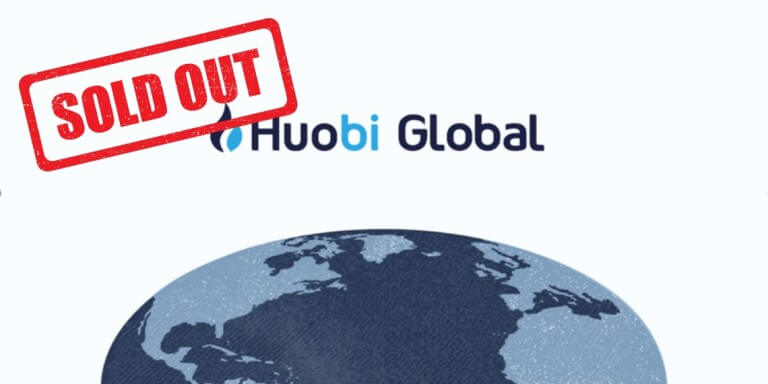 Huobi Global, formerly the leading crypto exchange in China, has announced that an investment strategy firm has acquired it. Huobi Global announced on October 7 that the sale of their entire shareholdings to About Capital Management had been completed.

Huobi Global has been retooling since leaving the country’s market in the wake of Beijing’s crypto ban. Currently, the crypto giant entity leadership has resulted in selling the corporation and cutting its losses.

According to the announcement, About Capital’s acquisition will have no effect on Huobi’s “core operation and business management teams.” The transaction involves only a change in the company’s controlling shareholders. This confirms a previous Bloomberg report that the exchange’s founder, Leon Li, intended to sell his majority stake for more than $1 billion, valuing the exchange at $3 billion.

About Capital intends to fuel Huobi Global’s international brand promotion and business expansion initiatives as its majority shareholder. About Capitals also revealed plans to establish a global strategic advisory board “led by industry leaders.” In addition, it has other initiatives, including the establishment of a margin and risk provision fund and measures to increase the exchange’s competitiveness.

After the purchase, Huobi Global will be well-positioned to provide premier trading and investment services to international investors upon the successful implementation of the initiatives. About Capital’s CEO, Ted Chen had the following to say about the Huobi Global acquisition:

The company will provide research and development, technology, and financial support to the Busan Digital Currency Exchange, according to an official announcement from Huobi. In addition, Huobi is planning to assist Busan’s local exchange in identifying and recruiting blockchain talent.

According to CoinGecko, Huobi Global currently offers 647 coins, 970 trading pairs, and a 24-hour volume of $568 million. The purchase news has boosted HT’s price and other joined entities.

According to CoinMarketCap, the price of Huobi Global’s native HT token has increased by 3.3% over the past twenty-four hours. At the time of writing, HT was trading at $4.28, in contrast to today’s negative market trend. 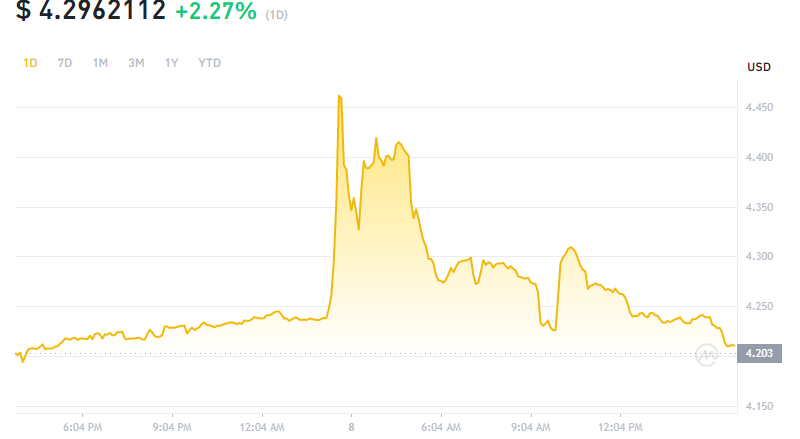 However, HT has suffered in the bear market alongside its peers, falling 89% from its all-time high of just under $40 in May 2021. There are 131 million HT tokens in circulation, giving it a market cap of $560 million and a position of 74 among all crypto coins.

Since the ban, Huobi Global and its competitor Binance have ceased serving Chinese clients. Unlike Binance, which began its global expansion well before the crackdown, Huobi Global appears to have been severely impacted by the regulatory change, as the majority of its users were still in China at the time.

As a result of its retreat from China, the trading platform reportedly laid off 30% of its workforce during the summer of 2022. Huobi’s founder, Leon Li, stated:

This transaction marks a new chapter for Huobi Global. Over the past nine years, we have witnessed Huobi’s ascendence into one of the largest virtual asset exchanges in the world. Following Huobi’s exit from the Chinese mainland market in 2021, we have accelerated our globalization push amidst a challenging market environment, which adds to the impetus for Huobi to seek a new shareholding structure with a global vision and international resources. We believe the successful acquisition by About Capital vehicle will contribute to Huobi’s global expansion in both aspects.

The transaction will provide Huobi with access to much-needed Capital, which will help the exchange weather the storm despite the lack of information regarding the exact terms. In addition, the exchange is now able to address its financial concerns while also gaining the ability to go global and compete with other exchanges on the international stage.

The crypto community has felt the repercussions of China’s ban on Bitcoin and all related activities. China once dominated the crypto market, but this is no longer the case. Only time will tell how costly China will be for the crypto market.